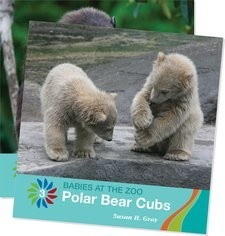 Gr 1-2–General animal information is paired with specific facts about babies in these animal profiles. Readers learn a bit about where and how the animals live in the wild; the focus shifts to zoo life about halfway through. Basic physical traits and behaviors are described, with some emphasis on how mother and child interact. Photos include adults and their young. These reveal the cuteness of the babies while also providing some pleasing visual examples of their behaviors, such as a sleeping joey and a wobbly giraffe. Newborn animals are not shown, though some of the physical characteristics at birth are described. Most books include at least one photograph of a zookeeper interacting with the animal.