Born in New Jersey, Susan received her professional training from Virginia Commonwealth University, Richmond, Virginia and the New School in New York. She moved to Canada in 1980, and has made Halifax, Nova Scotia her home. Working predominantly as a painter, Susan illustrated her first book in 2000, and has received the Lillian Shepherd Memorial Award for Excellence in Illustration, and the Mayor’s Award for Brave Jack and the Unicorn. Her work is consistently chosen by the Canadian Children’s Book Centre as a starred selection for the Our Choice Award. In describing her artwork, Susan states: "I breathe real life into my images—the sounds, smells, colors, and idiosyncrasies of specific places and the people who inhabit them." 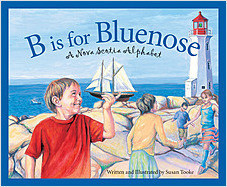 B is for Bluenose: A Nova Scotia Alphabet 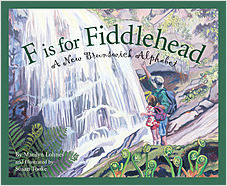 F is for Fiddlehead: A New Brunswick Alphabet