Joan M. Wolf is both a teacher and an author. She considers herself lucky to have found a way to be able to work with both of her passions: teaching and writing. After receiving her MFA in Creative Writing from Hamline University, she began publishing fiction. The idea for Runs with Courage, her first Sleeping Bear Press book, was sparked by a childhood spent exploring the beautiful forests of the Black Hills of South Dakota. In the summers, she walks along the many lakes of Minnesota, and in the cold winters, she enjoys spinning her own yarn from wool on her spinning wheel and creating intricate Ukrainian (Pysanky) eggs. Currently Joan lives in Minnesota with her two very literary cats, Franz (named after Franz Kafka) and Nadeje (Czech word meaning “hope”). 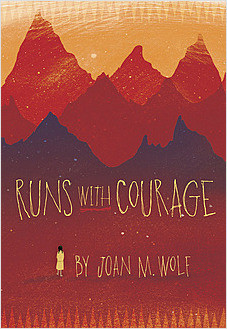