After visiting a Chinese bear farm in 1993, Jill exposed the plight of endangered bears cruelly exploited for their bile. In 1998 she founded Animals Asia, which has established sanctuaries in China and Vietnam and made freedom possible for hundreds of bears.

For her animal welfare work Jill has received the Readers Digest Hero for Today Award, a Genesis Award from the Humane Society of the United States, and the Jean Marchig Animal Welfare Award. She is Hong Kong’s Outstanding Earth Champion, an Asia World Animal Day Ambassador, a World Federation of Chinese Medicine Societies Herbal Committee council member, and a member of the Society of Woman Geographers. In 1998 Jill was named to the Most Excellent Order of the British Empire (MBE) by Queen Elizabeth II, and in 2011 she was awarded an honorary doctorate from the University of Zurich. 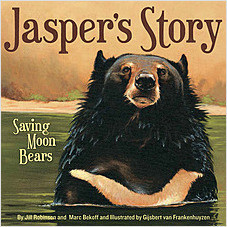