The Secret Society of Monster Hunters

Zombies and dragons and krakens, oh my! Join Elena, her big brother Jorge, and their friends Marcus, Fiona, and Amy as they travel through time, from the 20s to the 90s, hunting for mythical monsters and keeping them safe from the eyes of history! This graphic novel series includes monster profiles and survival tips as well as in-depth content on the social and political climate, entertainment, fashion, and popular idioms of that decade. Backmatter includes an activity page. 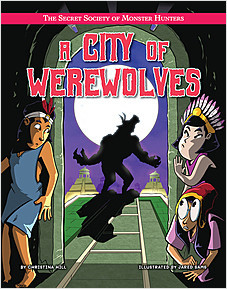 A City of Werewolves

A strange epidemic is taking over ancient Machu Picchu. Every full moon, llamas disappear from the Incan village, and villagers report hearing mysterious howls. Could it be a werewolf? Jorge, More → 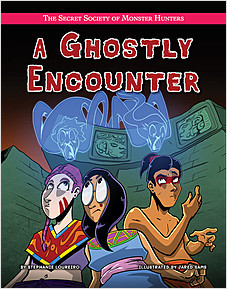 Tío has an important mission for Elena, Jorge, and Fiona. They're being sent to the southern lowlands of ancient Maya. They must find not one but two poltergeists who are forcing the Maya… More → Elena, Fiona, and Marcus travel back in time to Mexico during the reign of the Aztec empire. There have been sightings of a powerful mermaid named Tlanchana, thought to be causing a… More → 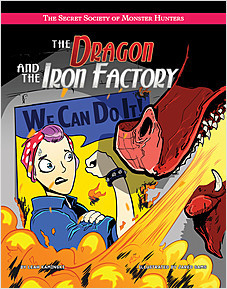 The Dragon and the Iron Factory

Elena, Amy, and Fiona are going on a wartime mission! They must join Rosie the Riveter and other women workers at the Bath Iron Works, a huge shipyard in Bath, Maine. But they're not there to More → 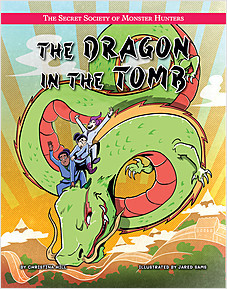 The Dragon in the Tomb

Tío sends Fiona, Amy, and Marcus to ancient China where a kind Chinese dragon is an innocent part of the new emperor’s power grab. The monster hunters arrive in Chang’an as peasants, where… More → 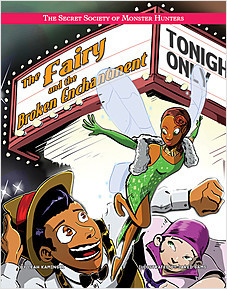 The Fairy and the Broken Enchantment

Tío has an urgent mission for Jorge, Elena, and Amy. They must voyage to Harlem in the late 1920s. A fairy with a beautiful voice has been imprisoned. They must rescue her from her gangster… More → 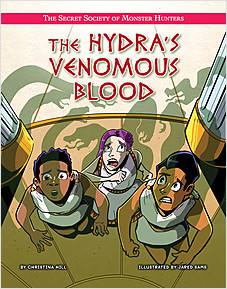 A vial of poisonous hydra blood with the potential to kill millions has been unearthed! Jorge, Fiona, and Marcus must embark on an urgent mission to keep the modern world safe from the… More → 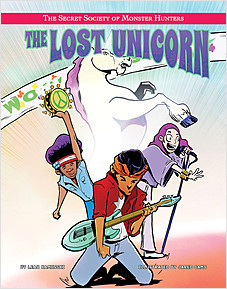 Is there a unicorn wandering around Woodstock? Or is it just a figment of some hippie's imagination? Marcus, Jorge, and Elena will have to find out as Tío sends them back to the Summer of… More → Jorge, Marcus, and Amy must find the missing sphinx! Tío sends them on their way to ancient Egypt. Before the famous statue was built, he tells them, a real sphinx guarded the pyramids in… More →

Jorge, Elena, and Amy need to find a poltergeist before it reveals itself to the world. The only catch? It's in Seattle--and it's in the 1990s. Join the gang as they travel back to the rainy… More →