Idioms, maxims, proverbs, and clichés have been around for many years. While they can be confusing, especially to young ears, once understood they can be an excellent example of the power of language. This series presents common sayings used by mothers, fathers, grandmothers, and teachers (For example: Do you have ants in your pants? and I'm no spring chicken.) Each saying includes an illustrated literal visual interpretation and an explanation of the meaning behind the saying and how the phrase became common in our language. 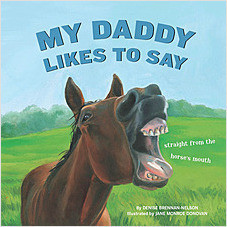 My Daddy Likes to Say

Daddies of the world rejoice! You finally get to have your say! Following in the footsteps of the charming My Momma Likes to Say now comes My Daddy Likes to Say. Thousands of proverbs and… More → 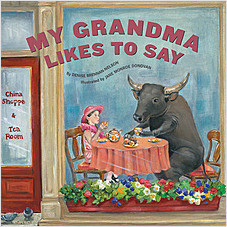 My Grandma Likes to Say

Following in the footsteps of My Momma Likes to Say comes the charming My Grandma Likes to Say. Thousands of proverbs and idioms can be found in the English language. Derived from many… More → 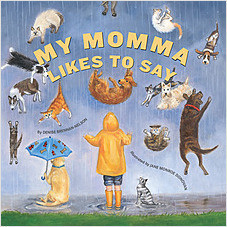 My Momma Likes to Say

From the author of Buzzy the Bumblebee comes a child's hilarious visual interpretation of such parental idioms and witticisms as "Hold your horses;" "Money doesn't grow on trees;" and "I have More → 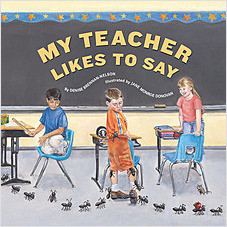 My Teacher Likes to Say

From the same team that brought you My Momma Likes to Say comes this delightful interpretation of maxims, idioms, proverbs, and clichés many students remember hearing on a regular basis in… More →