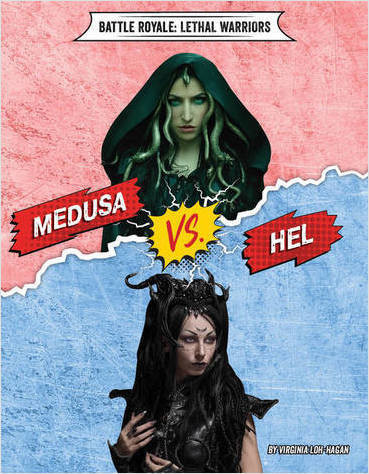 In Battle Royale: Lethal Warriors, we have a matchup of historic magnitude. We took the deadliest creatures and matched them in a battle of weaponry, strength, and grit. Who will come out victorious, Medusa or Hel? You'll have to read to find out. This series utilizes considerate text written at a higher maturity level with a lower reading level to engage struggling readers. Book includes a table of contents, glossary, index, author biography, sidebars, educational matter, and activities.

Dramatically illustrated series rewards readers who savor the idea of frightening creatures duking it out. Introductory pages explore opponents’ characteristics, mythical or folkloric origins, powers, strengths, and weaknesses. The section “Choose Your Battleground” identifies three locations (sea, land, or mountains) and explains how fighters would fare in each; a “Weapons” sidebar is included. “Fight On!” follows, accompanied by a “Food for Battle” sidebar describing combatants’ stealthy strategies. “And the Victor Is…” sums up the conflict. Highlights: “Top Champion” discusses similar beings in myths from various cultures. “Consider This!” includes a list of critical thinking questions. VERDICT Fearsome warriors (some female) have strong appeal, especially for striving readers. 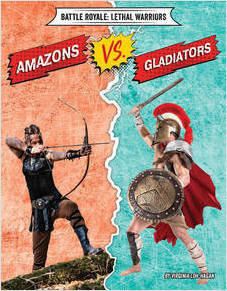