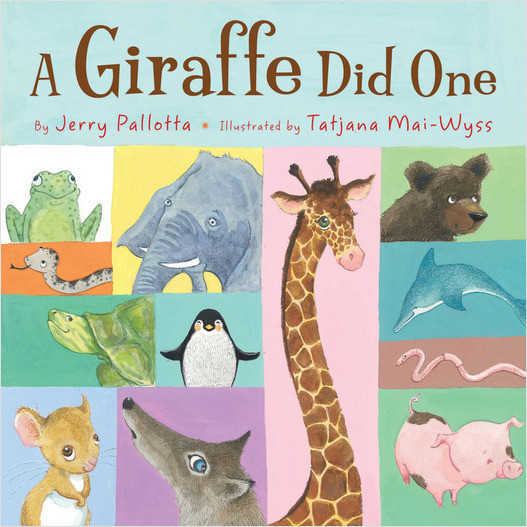 A Giraffe Did One

Readers have to figure out just exactly what it is these animals are doing. A fun reminder on good manners.

A Review of "A Giraffe Did One" in Publishers Weekly

In the tradition of Everyone Poops, Pallotta’s gently mischievous story features cute animals that share one thing in common: occasional flatulence. “A flock of birds flew by. OK, who did it? We’ll never know which one it was.” Meanwhile, a fox, seen peering coyly around a tree, “was sneaky when she did it,” and a frog, who stares up at readers with a guilty smile and a few bubbles in the water around him, “was slimy when he did it.” Mai-Wyss’s pale watercolors imbue the animals with more than a little anthropomorphism, with many wearing adorable “Who, me?” expressions. If readers are unclear about what the animals did (it’s never specified), there will be little doubt when, in the final spread, a human boy “did one too,” and his mother asks him to say “Excuse me.” Ages 4–8.

Jerry Pallotta, author of more than 50 children's books, visits at least 150 schools each year. His book, The Icky Bug Alphabet Book, has sold more than one million copies. He is a contributor in Jon Scieszka's book, Guys Write for Guys Read. He lives in Needham, Massachusetts.

Tatjana Mai-Wyss was born in Switzerland. Growing up with her nose in a book, she always wanted to be the one to draw the pictures. Today Tatjana lives in sunny South Carolina where she can work on her screen porch year-round and listen to the birds. Most often she uses watercolor and gouache, adding detail and texture with collage and colored pencils. Her black and white work is usually done the old-fashioned way, in India ink with a dip pen.