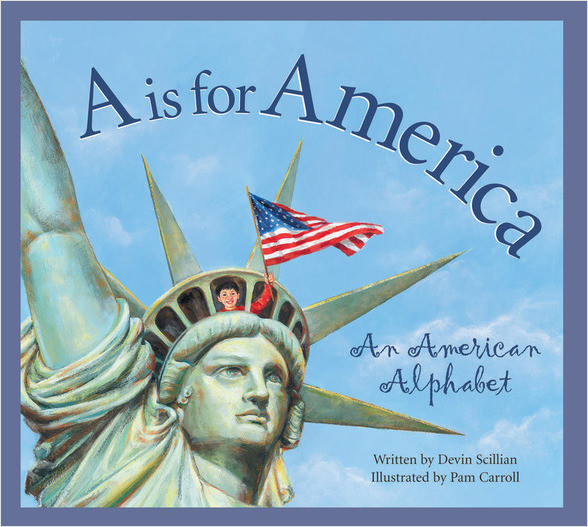 A Is for America

From the British and our Constitution that replaced their rule, to Yellowstone Park and Zane Grey's stories of the west, "A is for America" is a sweeping tribute to all we know and love about our country. With delightful poems that beg to be read aloud, and expository text to broaden a student's horizons, this American alphabet will make you fall in love with the United States over and over again. Bright, beautifully detailed illustrations from California artist Pam Carroll bring each letter to life, from eagles to Thomas Edison to the veterans of two World Wars.

A is for America: An American Alphabet - Teaching Guide

A is for America: An American Alphabet - Teaching Guide