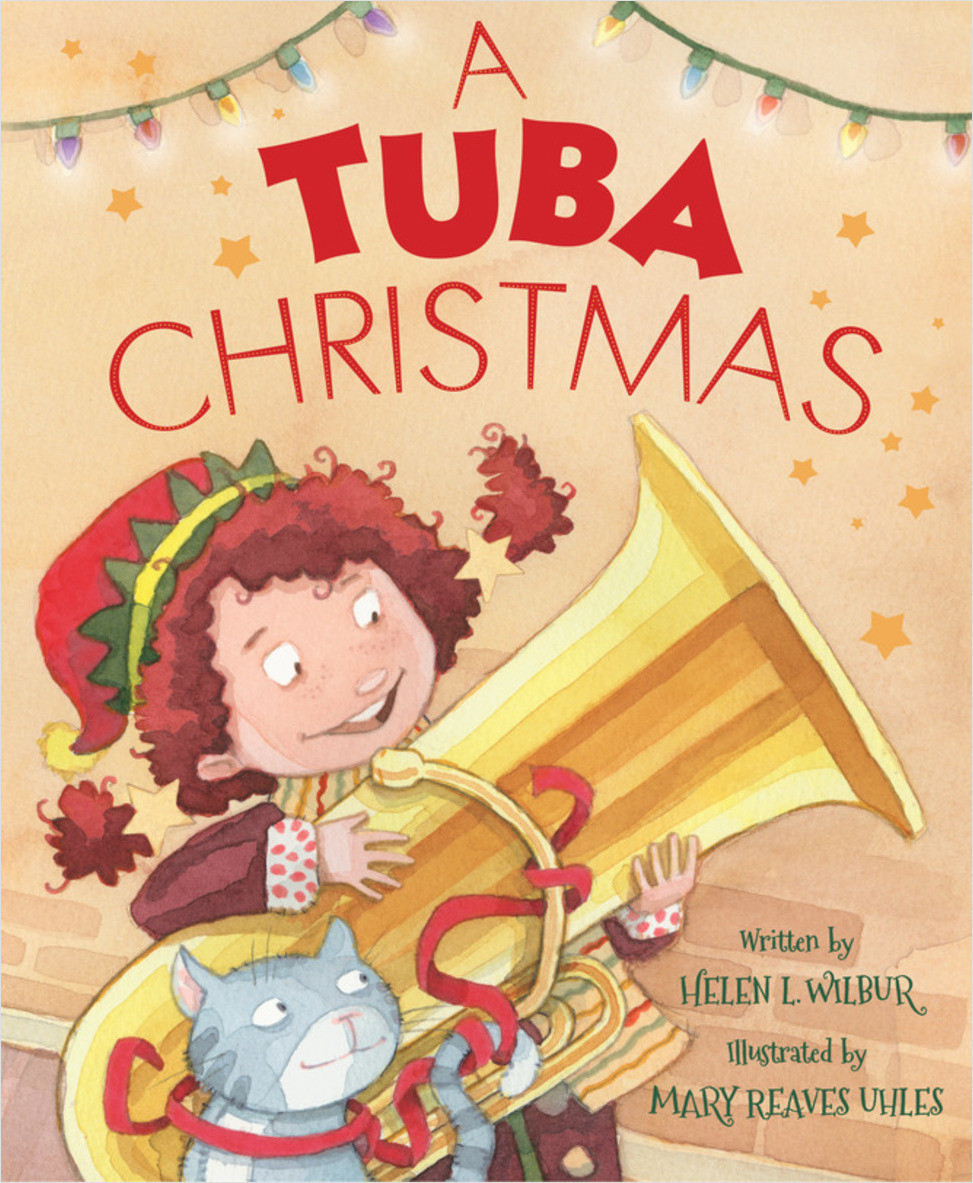 With a family that loves music as much as hers does, it was only a matter of time before it was Ava's turn to pick out an instrument. Her mother plays the piano, her father plays the violin, and one brother plays the cello while the other plays the clarinet. As soon as Ava selects an instrument, she will be able to join them as they practice for the annual holiday concert. And her family has definite ideas on what instrument Ava should select, from the piano to the flute to the violin. But Ava isn't interested in any of them. Ava wants to play the tuba. And she gets her wish. But playing the tuba isn't as easy as it seems. And there is no place for a tuba in the annual concert. But with the encouragement of her music teacher, Ava finds a place for her and her tuba in a special holiday celebration.

Even though—or perhaps because—everyone else in her family plays strings or reeds, for better or worse, Ava takes up tuba. At first it’s definitely “worse,” as her sibs give her a hard time, her parents suggest something more portable, like flute, and her initial bbbwwWWWAHHHHHs and bOOOoooooooffffffffs make the neighbor’s dog howl. Just as she’s about to quit, her teacher Rodney’s invitation to perform in an upcoming holiday concert renews her determination, and she joins an all-tuba band for music—“low and round and rich”—that converts her family and the rest of the skeptical audience into cheering fans. Uhles stocks her watercolor illustrations with a diverse cast (Ava’s parents are an interracial couple, Rodney a young African American man in dreadlocks) and leads up to a terrific climactic view of the band members and their instruments alike decked fetchingly in Christmas decorations. Wilbur concludes this sweet blast of holiday cheer with shout-outs to the instrument and also to the tradition of actual holiday tuba concerts that began with one at Rockefeller Center in 1974.

Kirkus Reviews – Starred review
Excerpt: The wonderfully diverse cast of characters, from Rodney, an African-American with locs, to Ava’s schoolmates and the musicians who make up the tuba band, demonstrates the book’s embrace of ensemble participation. Watercolors cheerily splash across the nicely designed pages. A variety of typefaces and perspectives lends a lively, rhythmic feel to the book.

Mary Reaves Uhles has illustrated several children’s books, including The Little Kids’ Table, by Mary Ann McCabe Riehle; The Twelve Days of Christmas in Tennessee, by Alice Faye Duncan; and the poetry collection Kooky Crumbs, by Children’s Poet Laureate J. Patrick Lewis. Before illustrating books for children, Mary worked as an animator on projects for Warner Brothers and Fisher-Price Interactive. A graduate of Ringling College of Art and Design, Mary lives with her family in Nashville, Tennessee. Find her online at maryuhles.com.