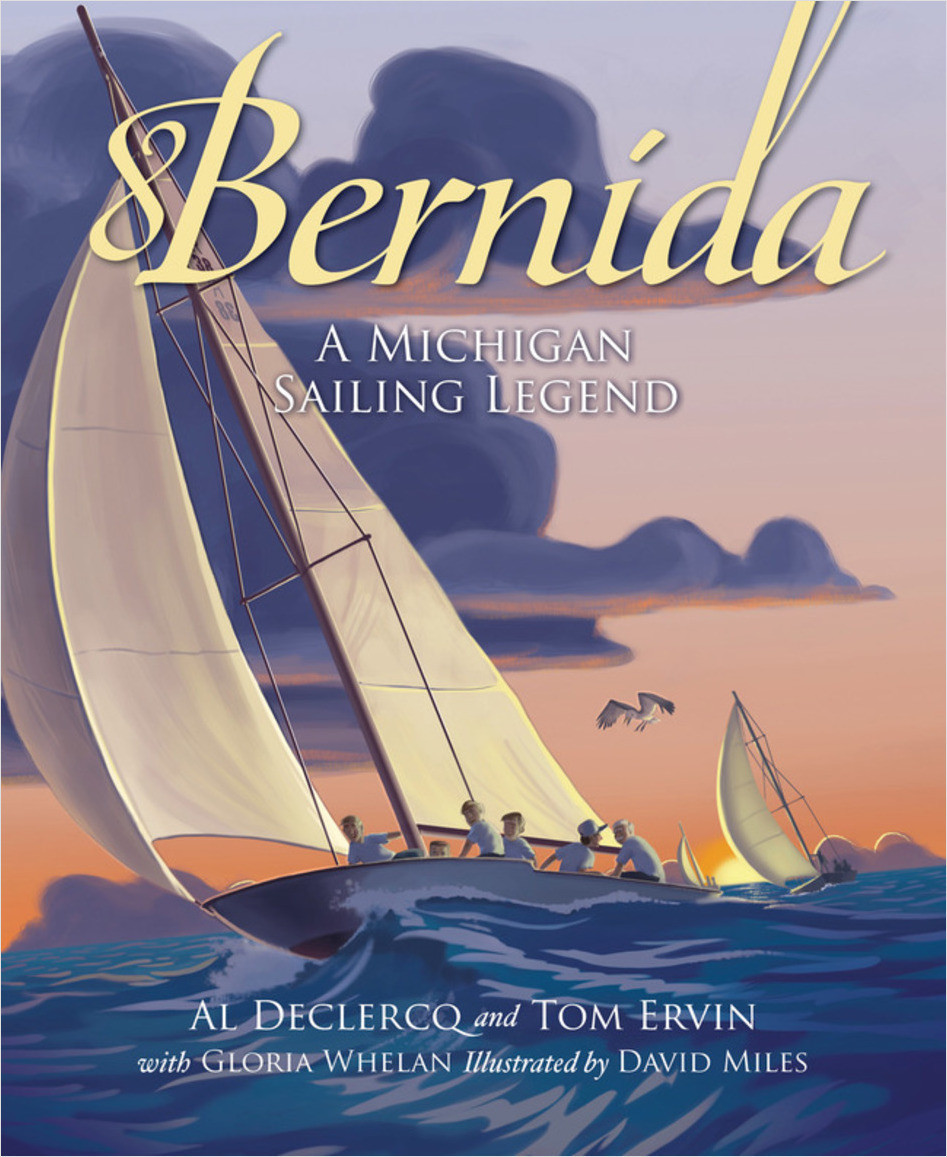 Originally built in 1921 to race in the ocean, a sailboat named Bernida captures the attention and heart of a Michigan sailor. He buys the boat and brings her to the Bayview Yacht Club in Detroit. In 1925 the sailor enters Bernida in the very first Port Huron to Mackinac Island Race.

Al Declercq has a BBA from Eastern Michigan University and a MBA from the University of Detroit. He started his first sail making business in September of 1979. His present business, Doyle Sails Detroit, founded in 2006, is located in Clinton Township, Michigan. In addition to making sails, Al is a very avid and highly successful competitive sailor, logging more than 50,000 miles of offshore racing experience. In 2013 he won his 25th Mackinac race. Al and his wife, Sara, have two children, Allison and Matthew.

Tom Ervin is a lifelong entrepreneur who founded seven companies, the latest one was a software company. He is the author of seven books, including two others about the Bayview and Chicago Mackinac races. He and his wife, Nancy, have been married 49 years and have six children and 20 grandchildren. They live in Michigan.

David Miles has been blessed to illustrate for many amazing publishers. He has worked on numerous children’s books, book covers, magazine articles, puzzles, games, and more Bible stories than he can easily count. David is currently working full-time as an illustrator and is probably drawing right now! You can see more of his work at www.davidmiles.us.