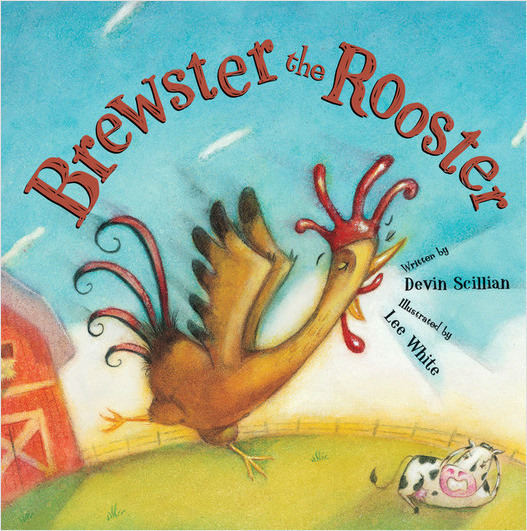 What has gotten into Brewster the rooster? The Macintosh family can't understand why their barnyard pet is crowing at the darnedest things. "I'm worried about Brewster," Magnolia said, mixing carrot cake batter with raisins. "Something has changed. It seems so strange but he's crowing at the oddest occasions." Whether it's the children playing catch in the yard, Zeb painting the barn red, or Grandma Pearl flipping hotcakes, Brewster can't stop from letting out an earsplitting cock-a-doodle-doo that sends the Macintosh family head over heels. When the barnyard brouhaha gets too much, even Doc Sawyer is consulted. But can he figure out how to help Brewster? Readers young and old will be charmed by the perfect solution to Brewster's problem.Devin Scillian is an Emmy-award-winning broadcast journalist with the NBC affiliate station in Detroit. Brewster the Rooster is his ninth book with Sleeping Bear Press. He also wrote the bestselling A is for America: An American Alphabet. Devin lives with his family in Grosse Pointe Park, Michigan. Lee White graduated from the prestigious Art Center College of Design in Pasadena, California. In addition to illustrating children's books, he also exhibits his art in galleries. Lee currently lives in Portland, Oregon. Brewster the Rooster is his first project with Sleeping Bear Press.

Lee White graduated with honors from the prestigious Art Center College of Design in Pasadena, California. Over the years Lee has developed a whimsical style of his own—flying cows, mechanical gizmos, and a whole cast of quirky characters. Realizing his playful style is a perfect fit for children's books, Lee decided to devote his talents to telling stories through images. In addition to illustrating children's books, he also exhibits his art in galleries. Lee currently lives in Portland, Oregon with his wife Lisa and their 3 crazy cats.