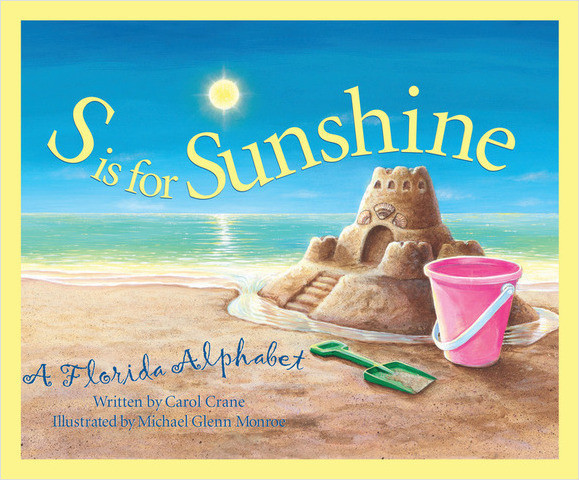 S is for Sunshine

The Sunshine State gets its own alphabet book! Florida, where "B is for Beaches, P is for Pirates, and V is for Vacationers," comes to life with playful, vivid illustrations by Michael Monroe and a conch shell full of fun facts and poems by Florida author and educator Carol Crane. Do you know which city is the state capitol? Which fragrant blossom is the state flower? Learn all this and more with S is for Sunshine: A Florida Alphabet.

S is for Sunshine - Teaching Guide