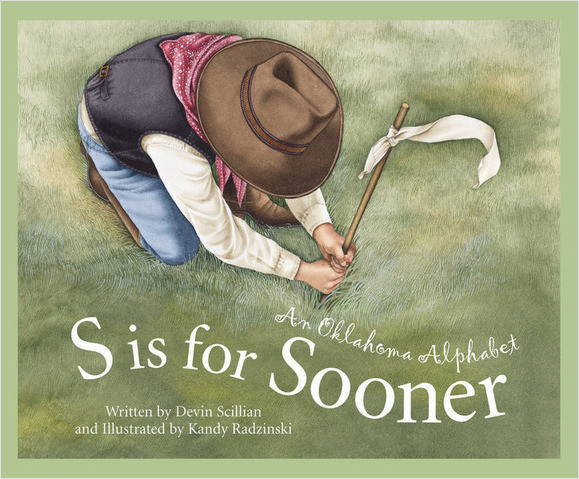 S is for Sooner

The wide-open spaces of Oklahoma are brought alive for readers with charming rhymes about rodeos, land runs, and yes, even the musical "Oklahoma!" The people, places, and landmarks of the Sooner state are thoroughly explored through the popular two-tiered format for the Discover America State by State series, with simple rhymes for younger children and expository text for older children.

S is for Sooner - Teaching Guide

Kandy Radzinski received her Masters of Fine Arts from East Texas State University. She taught art at Central Washington State College and the University of Tulsa. Kandy has illustrated children's books, posters, greeting cards, and even a six-foot penguin. Her art has been described as "quirky realism" and can be seen at www.kandyradzinski.com.She lives in Tulsa, Oklahoma, with her husband, Mark, her son, Ian, and two Scottie dogs, Mozzie and Kirby. Both Ian and Kandy are second-degree black-belts in Tae Kwon Do.