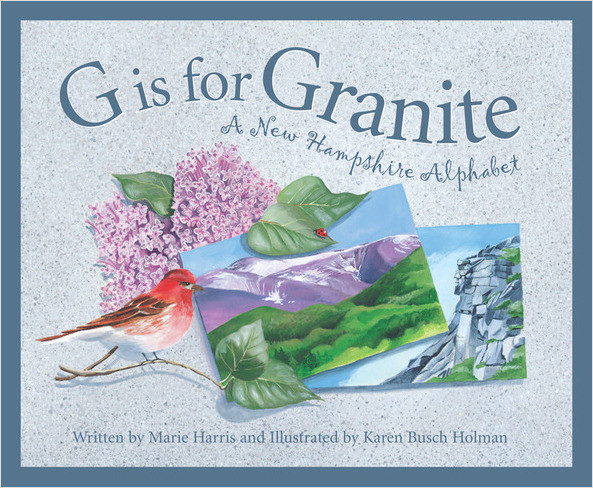 G is for Granite

G is for Granite - Teaching Guide

Marie Harris, New Hampshire Poet Laureate from 1999-2004, has been writing poems since she was eight years old. Her work has been published in literary magazines and books, including Weasel in the Turkey Pen (Hanging Loose Press) and Your Sun, Manny (New Rivers Press). She has edited several poetry anthologies and writes travel articles that are often illustrated with photographs taken by her husband, Charter Weeks. Marie and Charter live in the woods in a house they built by hand. In the winter they keep warm with wood stoves, and in the summer they tend a vegetable garden, swim in their pond and go sailing on the ocean in a boat named Sensei.

Karen Busch Holman was born in Montreal, Canada, but her family soon moved to the New England area. She began lessons in painting at age 10 and has continued to share her love of art as a member of the New Hampshire Art Association, where she teaches classes. She founded an Interior Architecture firm in New York City and New Jersey in the 1980s, until she "gave it all up" in 1990 to focus on her career in art through graphic design. She lives in Salisbury, NH, with her family and recently received a watercolor commission to design the poster celebrating the 100-year anniversary of 4-H in the state.