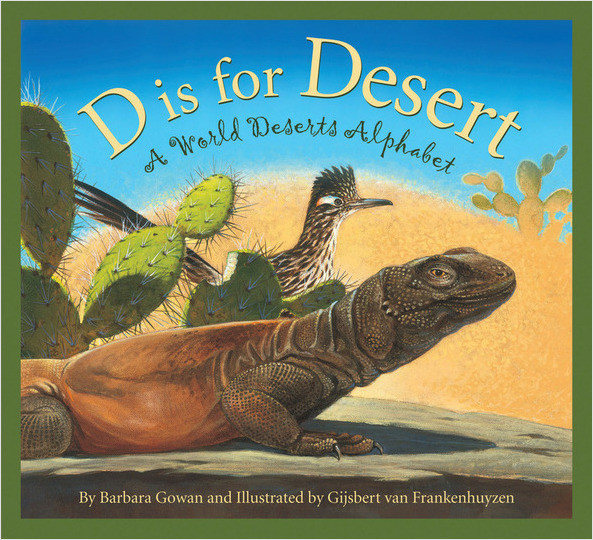 D is for Desert

D is for Desert: A World Deserts Alphabet uses the alphabet to explore desert regions around the world, explaining the science behind what determines a desert and showcasing fascinating features and desert inhabitants. Budding scientists will traverse the rocky deserts of Mongolia astride the Bactrian camel, spy on the poisonous Gila monster and other lizards in the Sonoran Desert, discover geological wonders in Bryce Canyon National Park, and learn about desert weather phenomena such as dust storms and flash floods, and much more. A glossary of key desert-science terms and concepts is included.

D is for Desert: A World Desert's Alphabet - Teaching Guide

Barbara Gowan, a former park naturalist, is a Sales Director for Discovery Toys. The University of Notre Dame graduate also educates parents on children's literacy. Barbara lives in Scottsdale with her husband and two teenage daughters, where she shares her yard with a covey of quail, a family of javelina, wandering coyotes and an occasional rattlesnake.