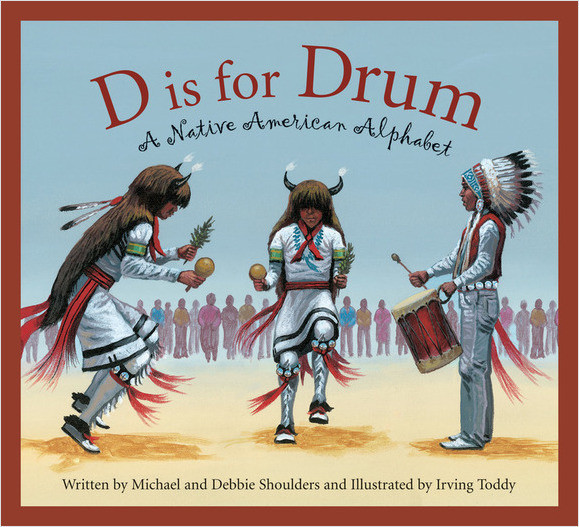 D Is for Drum

Did you know that natives of the Northwest used dried sharkskin to sand totem poles? Or that horses were called medicine dogs, because dogs had been used to aid in hunting before horses were introduced by Europeans? In "D is for Drum: A Native America Alphabet," readers will get an A-Z introduction to the many customs and cultures of the first people of this beautiful land. Bison, teepees, Kachinas and dugout canoes will all help to paint a fascinating picture of the more than 500 indigenous tribes inhabiting the Americas.

D is for Drum: A Native American Alphabet - Teaching Guide

Irving Toddy, along with his wife and six children call Arizona their home. He is the oldest son of famed Navajo painter, Beatien Yazz. Irving graduated from Utah State University, where he studied painting and illustration. His work is held in collections by both private and institutional collectors, and sold in galleries across the Southwest. He has also illustrated numerous children's books, book covers, and articles for children's magazines. Irving was awarded the "Best in Show" prize at the 64th Inter-Tribal Indian Ceremonial in Gallup, New Mexico.