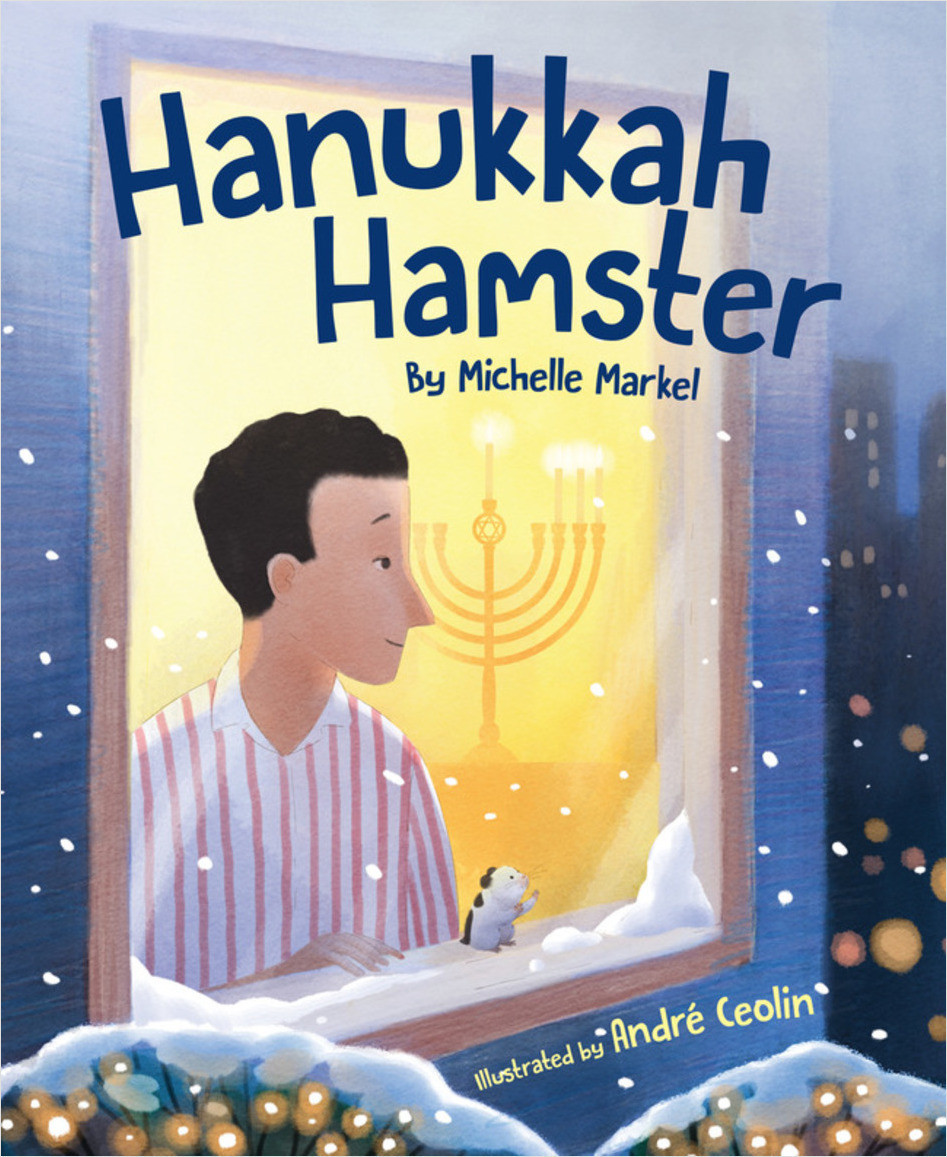 The holiday season is a busy time, with people bustling about. And it's a busy time for Edgar, a cabdriver who conveys passengers around the city. All day long Edgar drives his cab; many people going to many different places. At the end of one busy day, Edgar is so tired he climbs into the backseat of his cab to take a nap. But he discovers he is not alone. A little hamster has somehow been left behind from one of the many fares Edgar has driven. Edgar dutifully reports the hamster to the cab company's Lost and Found department, but in the meantime the little creature needs to be taken care of. Edgar brings the hamster to his apartment, making it a bed, feeding it, and even giving it a name, Chickpea. As Edgar starts his Hanukah observance, with no family nearby to share in it, the little hamster becomes more than a casual companion to the lonely man. But what happens when Chickpea's owner is found?

Review: A new friendship born during the holiday season tugs on the heartstrings. December can be a hard month for those far away from their families. Edgar is a city cabbie kept busy driving passengers from one store to the next. After a nap in his back seat he discovers one more passenger: a hamster. He dutifully reports the lost animal to his company and then takes it home and gives it a very cozy hamster habitat. All this occurs during Hanukkah as Edgar lights the candles on his menorah each evening. Chickpea, as he names the little guy, gets his smiling face snapped with Edgar’s phone and transmitted to Tel Aviv, where Edgar’s family lives. The two new friends are very happy together. But then, when dropping a passenger off, he recognizes a fare from the evening he found Chickpea, a woman who’s standing in front of her house with her son, and she confirms that Chickpea was hers, bought that day for her classroom. It is December, the season for gift-giving, though, and the ending of the story will surely touch every reader’s heart. Softly textured illustrations depict a brightly lit city, a menorah shining in the window, and a hamster that children (and adults) will want to pick up and cuddle. Jewish Edgar presents white and the mother and her son, black. Warmhearted seasonal fare.

Who left the hamster in Edgar’s cab? No one has reported a missing pet to his cab company, so Edgar, a taxi driver from Israel, names the hamster Chickpea (after a beloved legume from his native land) and improvises a cozy temporary habitat for the critter in his apartment. But as the days pass—marked by the kindling of a new Hanukkah candle for each night—Edgar, who has been living a solitary and spare life, finds himself bonding with irrepressible Chickpea (“Was that a little smile? Edgar took pictures on his phone and shared them with his family in Israel”) and wondering how he’ll feel if the rightful owner shows up. Plainspoken storytelling by Markel (Balderdash!) offers emotional depth, as do pictures by Ceolin (Yom Kippur’s Shortstop), which combine crisp shapes and velvety textures. While lightly anthropomorphized Chickpea is adorable, it’s Edgar who will quickly win readers’ sympathies, and the “everybody wins” ending feels just right. Ages 4–8.

André Ceolin is a self-taught illustrator from Brazil, who started sketching when he was a child. By that time, he loved to draw on the reams of paper his father used to bring home from work. André worked in advertising and in the pharmaceutical field for several years, but as a young father he was drawn to the color and spontaneity of the art in children’s books. He has now illustrated more than thirty books. To know more about him and his work, visit andreceolin.com.