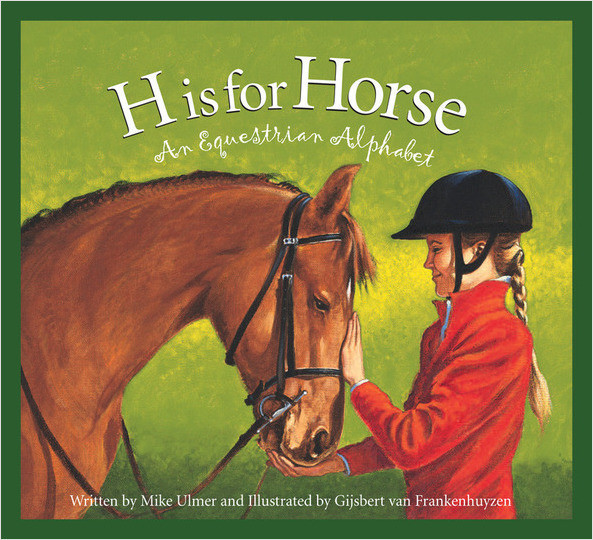 H is for Horse

In the style and format of our alphabet books comes "H is for Horse: An Equestrian Alphabet". From basics such as mucking out the stall and how to judge a horse's qualities to historical facts on the Royal Canadian Mounted Police, Mike Ulmer relays the fun and fundamentals of the world of horses. Lush, detailed paintings by Gijsbert van Frankenhuyzen, whose work "School Library Journal" has described as 'luminous,' capture the beauty and magnificence of these creatures.