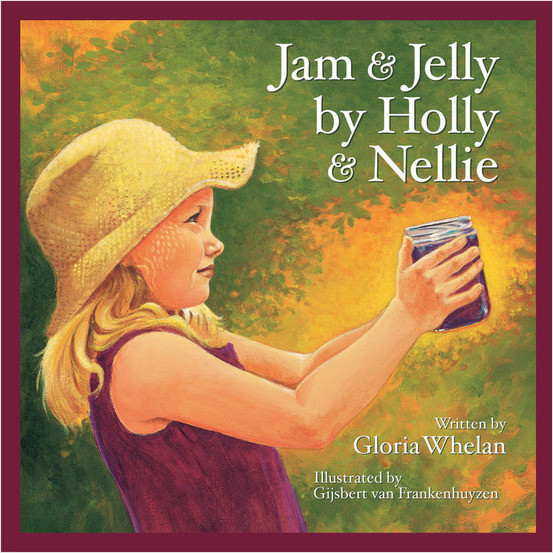 Jam and Jelly by Holly and Nellie

Holly's family lives a simple life in northern Michigan, enjoying the bounty of the earth and very much in step with the rhythm of the changing seasons. But times are hard and a cold winter is coming. Without a warm coat, Holly might not be able to start school. Readers will delight in Mama's solution to Holly's predicament. National Book Award winner Gloria Whelan's lyrical prose is beautifully matched by detailed paintings from Michigan artist Gijsbert van Frankenhuyzen.