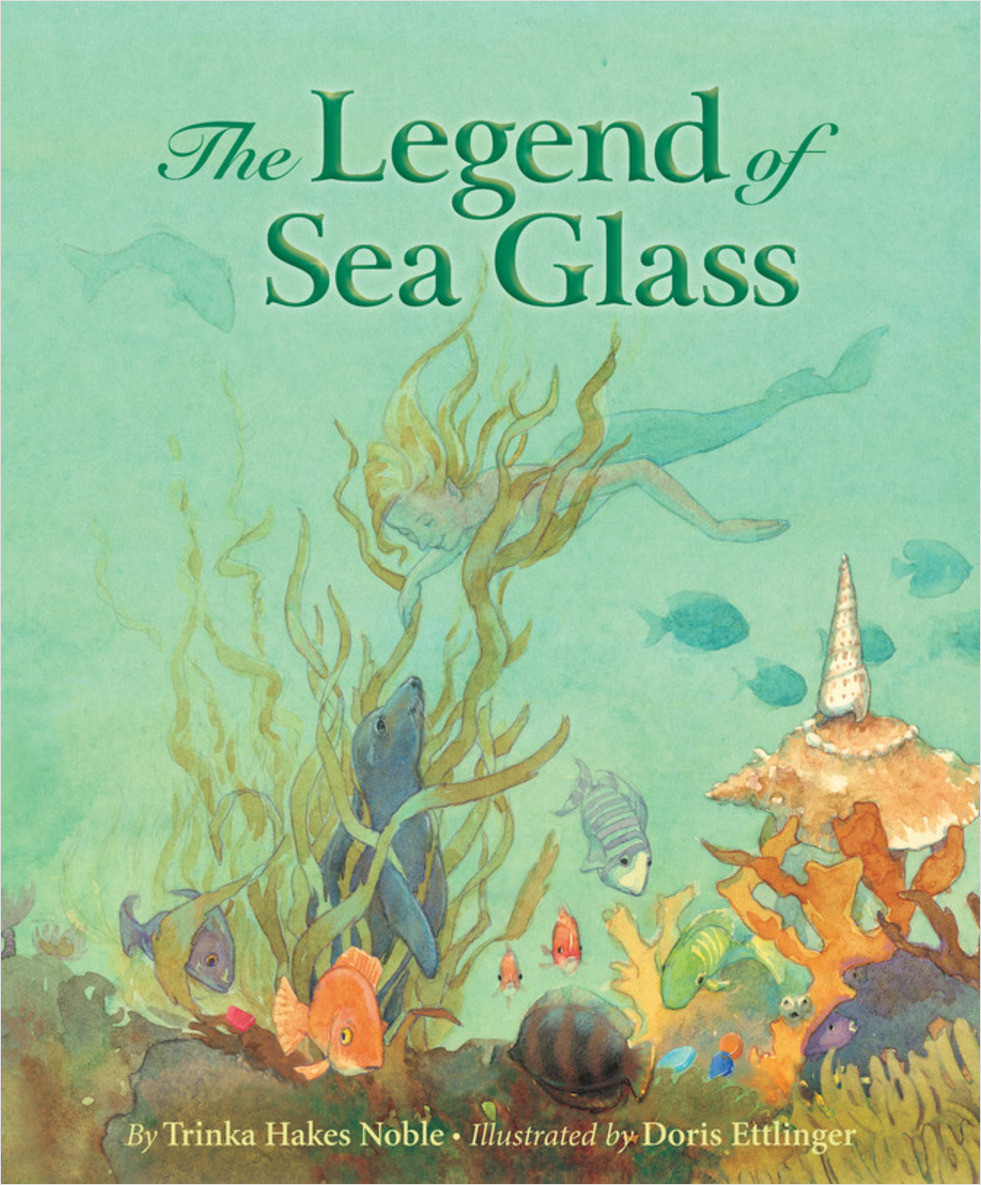 Long, long ago there was a time when men did not venture into the deep ocean waters. It was believed that the world was flat and to sail beyond the horizon meant falling off the edge of the earth. So even though they were drawn to and fascinated by the ocean, men feared it. And as men lived their lives above the water, far beyond their view and in the ocean's deepest depths lived mysterious and magical sea creatures, half girl and half fish. These shy, gentle creatures were called mermaids and much loved by the ocean. And when men finally overcame their fear and ventured out to sea, risking disaster and even death, it was the mermaids who came to their rescue. Written by award-winning author Trinka Hakes Noble, this original legend explains the origin of sea glass, attributing it to the tears of mermaids, weeping for lives lost at sea.