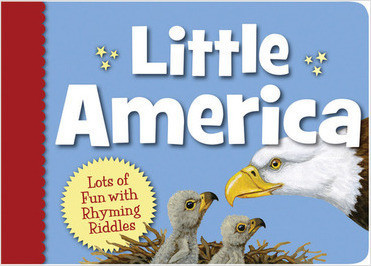 State birds, flowers, trees, and animals brought to board book form for the youngest book lovers. Toddlers will delight in this book filled with rhyming riddles, framed by brightly painted clues, that introduce elements that make each state so special.

Helen Foster James has been an educator for more than twenty years, and is now a lecturer at San Diego State University. She received her doctorate from Northern Arizona University. One of her goals is to travel to all 50 states, and she has already visited more than half. She lives in San Diego, California, with big stacks of children's books and her husband Bob.

Jeannie enjoys visiting elementary schools around New England, sharing with both students and educators her original artwork, her love of the natural world and her excitement about the process of illustrating and writing children's books. Jeannie studied at the School of the Museum of Fine Arts in Boston and at the Minneapolis College of Art and Design. She lives in York, Maine, with her husband Greg, and their three children, Gregory, Sophie, and Lee. They share their home with a horse named Bailey, a wonderful Newfoundland, Cali, and two enormous cats (brothers) Macaroni and Tortellini.

Helle Urban, a Parker, Colorado, resident, has been an illustrator for more than 20 years. She earned her Bachelor of Fine Arts in illustration from Art Center College of Design in Pasadena, California. Helle has illustrated numerous children's books, painted portraits of families and was a background artist in the animation industry. Helle's work has also been displayed in numerous galleries.