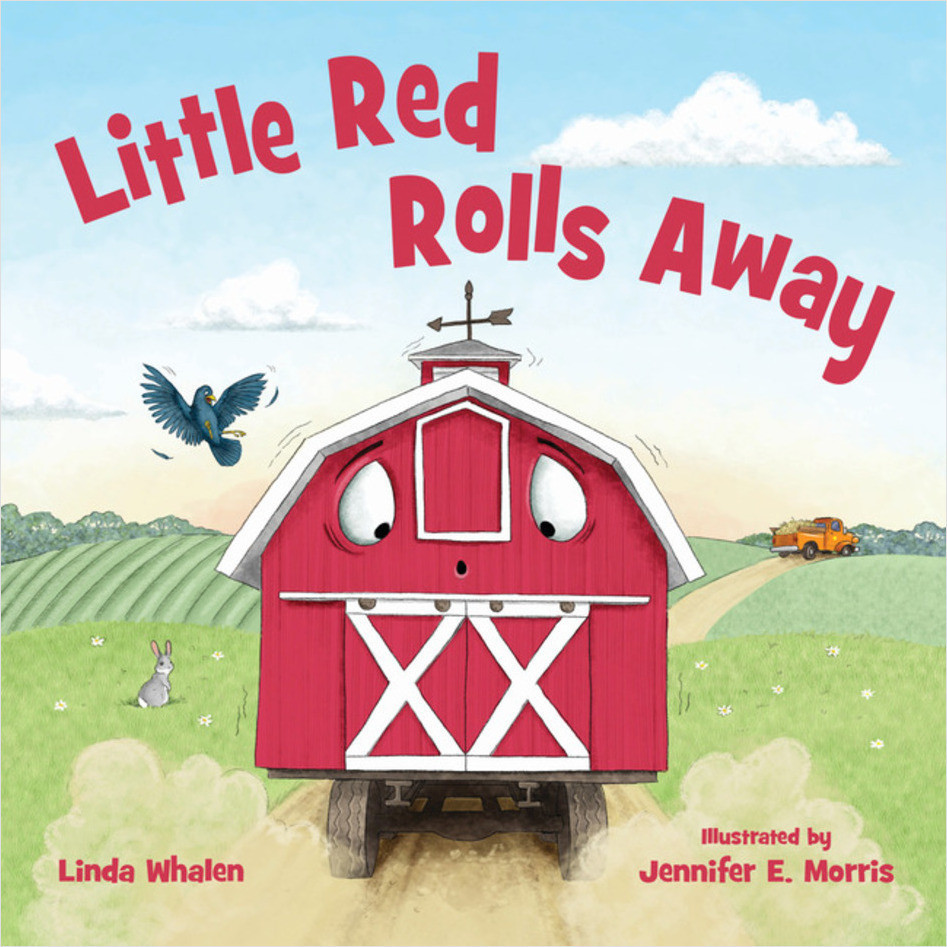 When Little Red Barn wakes one morning, he finds his animal friends have gone. He's empty and alone. And then big noisy machines lift him up and put him on a truck. As Little Red is transported across the countryside, down a major river, and through city streets, he feels anxious and a little afraid. Where is he going? Who will be there when he reaches his destination? When Little Red does finally reach his new home in a surprising location, he finds things are even better than before. The story of the little barn's relocation and adjustment to a new place will reassure and comfort young readers facing changes in their own lives.

Little Red, a small barn, is moved from his home, much to his distress.Red wakes up one morning to find that his friends Bossy Cow, Piglet, and Rooster are missing. It gets worse. Machines rumble in, hoist up Red, and haul him away, first on a flatbed truck and then on a barge. As Red moves farther away from his familiar setting, he feels more and more insecure about where he is going. Whalen neatly describes both the anxiety and the powerlessness Red feels (although her overuse of the rule of three in her patterned repetition of phrases does undermine the story’s freshness). Morris’ vibrantly colored cartoony illustrations depict an anthropomorphic Red, whose expressions as he is carted hither and yon lend gentle humor. The humans depicted are predominantly white, although other ethnicities are shown. Little Red’s journey ends in an amusement park’s petting zoo, as he is reunited once again with his animal friends and “even new friends to get to know!” The story’s overt message is solidified by the last page, titled “How to Help a Child Navigate Change,” by Whalen and Susan Hall, an early-childhood specialist. It gives a brief overview of the anxieties children may feel when encountering change such as a move, with suggestions of how to help. Designed to address the anxieties moving holds for children, this book is competent and clear. (Picture book. 3-7)

Linda Whalen lives with her husband on a plot of land in Northern California. Born a city kid, she married a farm boy from the Midwest and fell in love with country life. Surrounded by family, pets, and bunches of wild creatures, life is never dull. After working in and then owning her own child-care facility, Linda is now pursuing her passion, writing for children. She also enjoys time spent with her art supplies. Little Red Rolls Away is her first book.

Jennifer Morris is an award-winning illustrator and children’s book writer. She has illustrated numerous stories, including the best-selling May I Please Have a Cookie? Jennifer and her family live in a quiet Massachusetts town where she sees lots of barns filled with cows, pigs, and chickens.