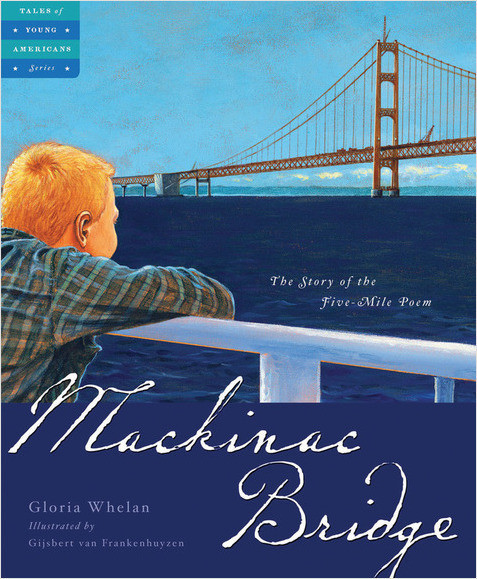 The Story of the Five Mile Poem

Set in the late 1950s, this is the moving story of a young boy whose father operates a ferryboat between Michigan's Upper and Lower peninsulas. As young Mark witnesses the building of the new Mackinac Bridge, he is torn between family loyalty and eager anticipation. He can't help being awestruck by the majesty of the five-mile-long bridge that will connect the two peninsulas and change the lives of so many. But the Mighty Mac will also put Mark's father out of business. As his father struggles with the flow of progress, Mark dreams of future bridges he will build. Details of the complex construction of the bridge will fascinate children as they learn an important part of America's history and come to understand the meaning of change. The Mackinac Bridge Authority provides history notes at the back of the book.