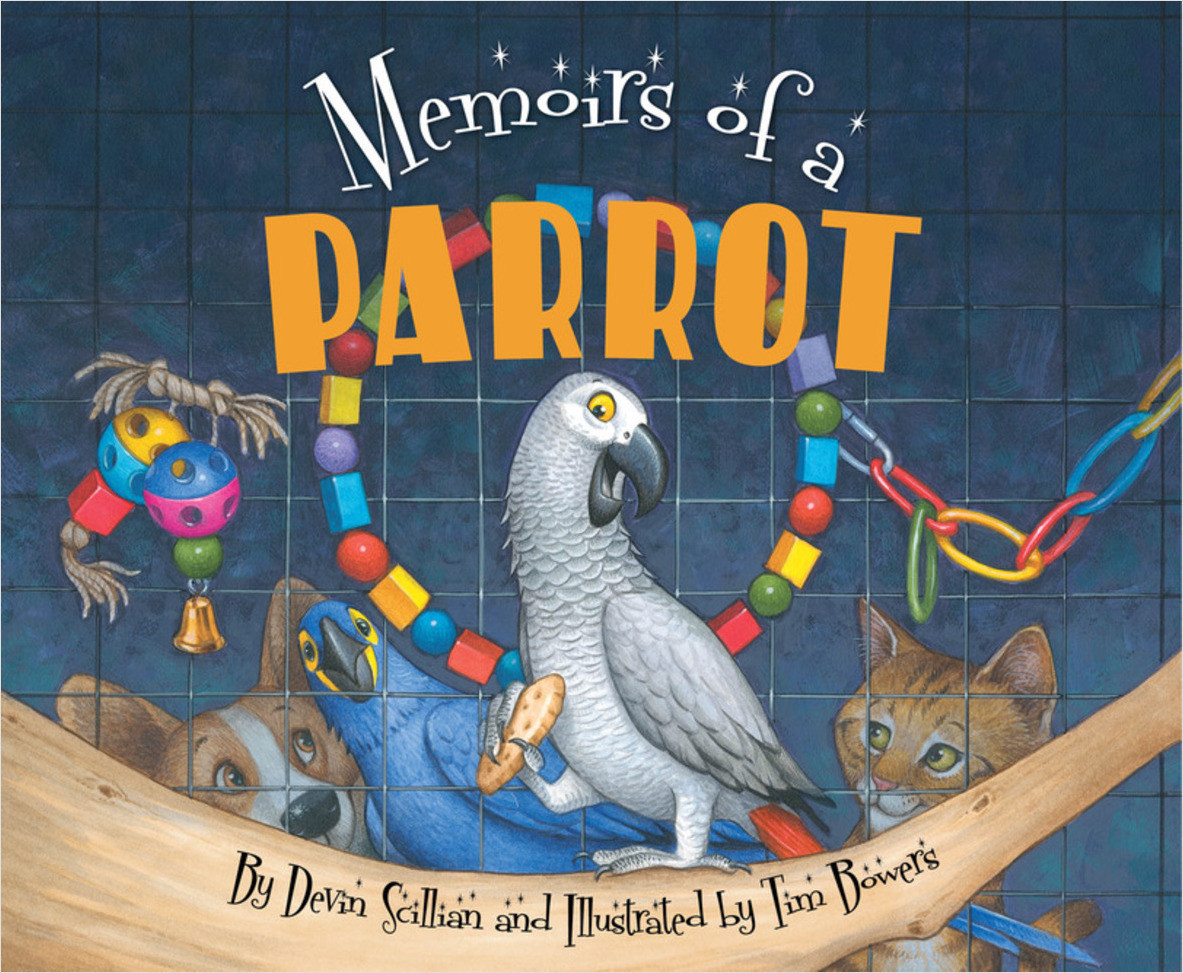 Memoirs of a Parrot

Join a brilliant, but stubborn, parrot as he endures the banality of the pet store before being purchased by an equally insufferable young man. But while things between parrot and owner get off to a rocky start, the delights of having a pet (or human) bring them both around in the end. From author Devin Scillian and illustrator Tim Bowers of the Memoirs series, this is sure to please fans new and old.