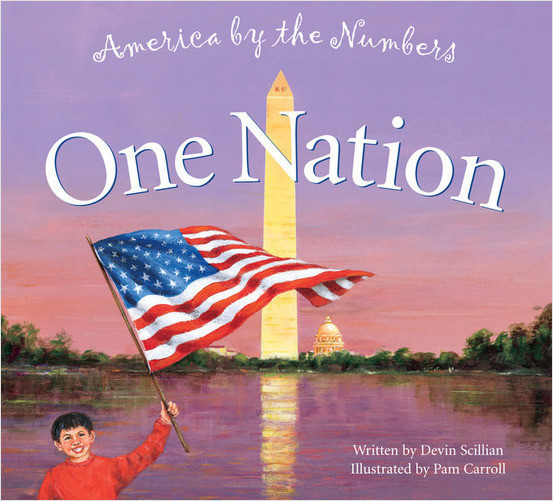 America by the Numbers

Author Devin Scillian and illustrator Pam Carroll weave their magic around the symbols of Americana that make us proud in One Nation: America by the Numbers, a follow-up to A is for America: An American Alphabet. More than a counting book, One Nation illuminates the landmarks and treasures that are uniquely American.