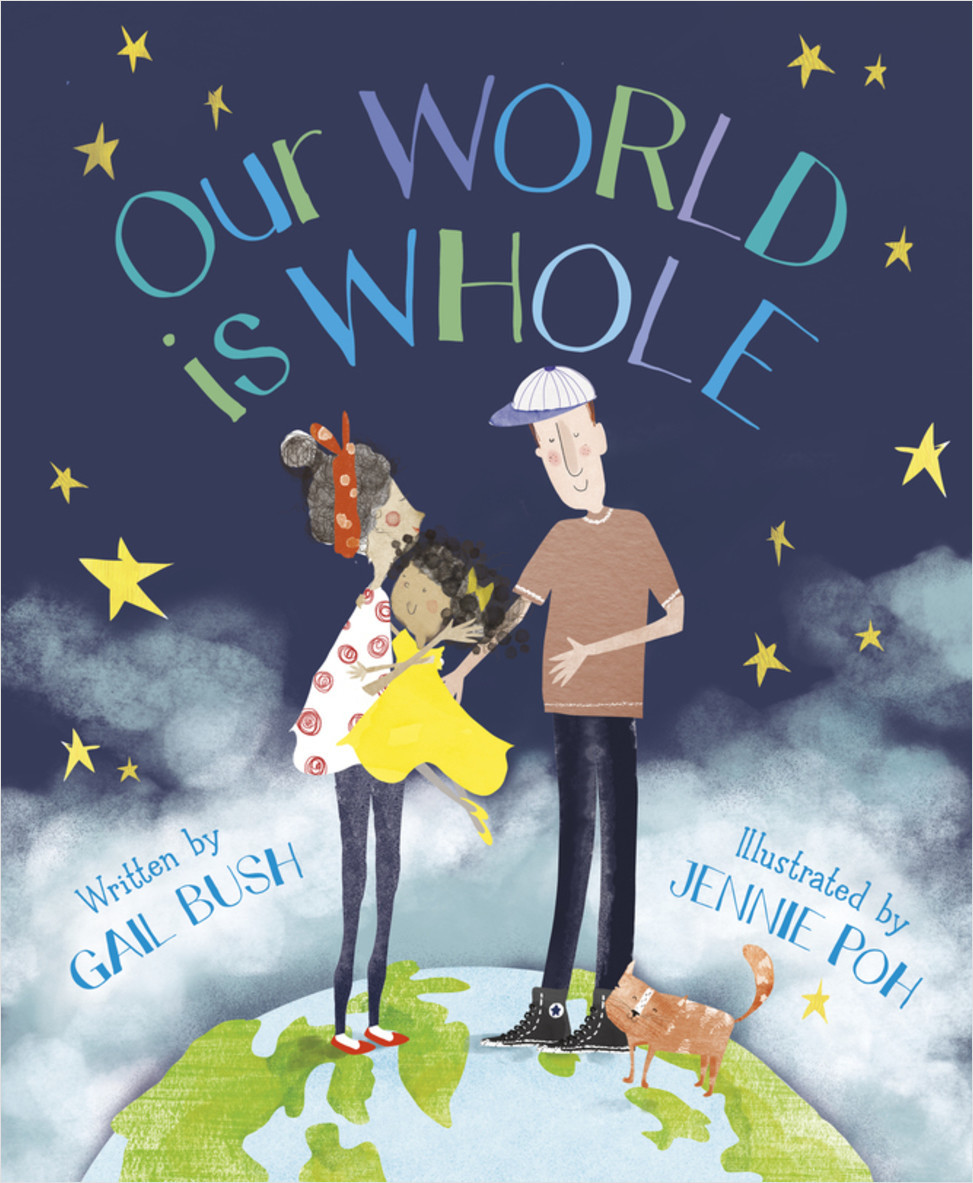 Our World is Whole

One little girl knows that our world is whole because the connections between us all makes it so--from the family cat to the chatty neighbor to Mom and Dad and cousin Jerry. Our World is Whole is a lyrical meditation on mindfulness that celebrates interconnectedness and the ways we support one another and keep our world whole and spinning.

Gail Bush is a professor emeritus of education, college trustee, and former librarian who lives in Evanston, Illinois. Indivisible: Poems for Social Justice, an anthology of 20th Century American poetry, co-edited with Randy Meyer, was published by Norwood House Press in 2013. Gail has published numerous articles and books, essays and chapters in the education and library world.

Jennie Poh has been illustrating for seven years. She studied at the Surrey Institute of Art & Design. Jennie is inspired by the countryside, its seasons and animals. She lives in Surrey, England, with her family.