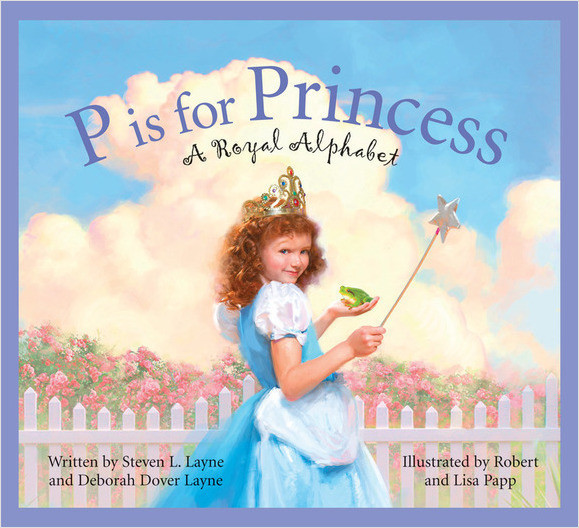 P Is for Princess

Snow White had her Prince Charming and Victoria had her Albert. Who really knows how "grand" the Duke of York was? P is for Princess: A Royal Alphabet gives an enchanting A to Z tour of the world of kings, queens, and the stories behind the thrones. Monarchs real (Princesses Diana and Grace) and make-believe (Aurora and Cinderella) are examined, along with their accompanying legends and histories. Topics include castles, crown jewels, ladies-in-waiting, and that most anticipated of all royal occasions - the grand ball! Sumptuous artwork perfectly complements the majestic subject matter, making P is for Princess a visual treat for royal watchers of all ages.Steven and Deborah Layne also wrote the popular T is for Teachers: A School Alphabet, which received a Learning magazine Teachers' Choice Award for Children's Books. Well-regarded educators and literacy consultants, the Laynes live with their young children in St. Charles, Illinois. Husband and wife Robert and Lisa Papp are each established artists in their own right. Rob's previous work for Sleeping Bear Press includes The Last Brother and The Scarlet Stockings Spy. Lisa illustrated the Pennsylvania number book, One for All, and Eve Bunting's My Mom's Wedding. Rob and Lisa live in Bucks County, Pennsylvania.

Steven L. Layne is a faculty member in the Department of Education at Judson College in Elgin, Illinois, where he teaches courses in children's and adolescent literature and reading pedagogy. He also serves as a literacy consultant, motivational speaker and featured children's author, both in and outside the United States. Steve's work has been recognized with national awards for outstanding work and contributions in the fields of both educational research and teaching. In addition, he is the author of a wide variety of award-winning picture books, young adult novels and gift books. He lives with his wife, Deborah; children, Grayson, Victoria and Jackson; and dog, Snickers, in St. Charles, Illinois.

Over the course of 20 years in the field of education Deborah Dove Layne has worked at both the elementary and middle school levels and has been a reading specialist. She has also served as a professor of reading at the graduate and undergraduate levels and supervised preservice teachers in addition to her role as wife and mother of four.