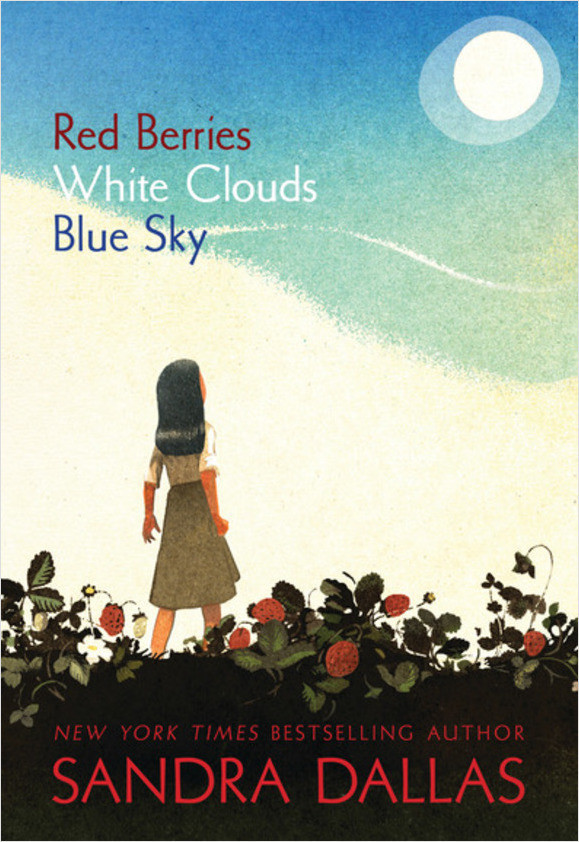 It's 1942: Tomi Itano, 12, is a second-generation Japanese American who lives in California with her family on their strawberry farm. Although her parents came from Japan and her grandparents still live there, Tomi considers herself an American. She doesn't speak Japanese and has never been to Japan. But after the Japanese attack on Pearl Harbor, things change. No Japs Allowed signs hang in store windows and Tomi's family is ostracized. Things get much worse. Suspected as a spy, Tomi's father is taken away. The rest of the Itano family is sent to an internment camp in Colorado. Many other Japanese American families face a similar fate. Tomi becomes bitter, wondering how her country could treat her and her family like the enemy. What does she need to do to prove she is an honorable American? Sandra Dallas shines a light on a dark period of American history in this story of a young Japanese American girl caught up in the prejudices and World War II.

Twelve-year-old Tomi Itano, the daughter of Japanese immigrants, is embarrassed and saddened when signs reading “No Japs” suddenly begin to appear around their California town, following the attack on Pearl Harbor. Opening in 1942, Dallas’s novel follows Tomi’s family’s hardships as anti-Japanese prejudice erupts around them, and the FBI arrests her father under false charges of espionage. Tomi, her mother, and her two younger brothers are then removed from their successful strawberry farm, first banished to a horse stable and then to an internment camp in Tallgrass, Colo. (the setting of Dallas’s adult novel Tallgrass). Tomi tries to remain optimistic despite her family’s anger and uncertainty, and her mother takes on an unexpected leadership role as teacher in their newly formed community at the camp; when Tomi’s father returns, bitter after two years of mistreatment, their world is upended once again. Dallas (The Quilt Walk) takes an honest look at a painful chapter in U.S. history, forthrightly depicting the injustices faced by thousands of people of Japanese descent during WWII. Ages 9–up.

Gr 5–8—Tomi is a 12-year-old American citizen of Japanese descent living in California during World War II. Her life is turned upside down after the bombing of Pearl Harbor. “No Japs Allowed” signs hang in shop windows and she is excluded from events as a result of her heritage. Ultimately, Tomi and her family are sent to an internment camp called Tallgrass (based on Amache, an internment camp in Colorado). Tomi does not understand why she should be relocated; she was born in America; she is an American. She has never been to Japan and does not even speak Japanese. Rather than feel defeated, she finds strength in dire circumstances. Tomi makes it her mission to improve the lives of those around her and give them happiness. Dallas makes an important time in American history accessible to middle grade readers with this novel that illuminates a time of discrimination while promoting a message of perseverance and tolerance.—Tiffany Davis, Mount Saint Mary College, Newburgh, NY

Dallas revisits the setting of her best-selling adult novel Tallgrass (2007) in this fictionalized view of U.S. internment camps during WWII. Twelve-year-old Tomi is as American as the strawberries that grow behind her California home, even though both of her parents were born in Japan. When the U.S. declares war against Japan in 1941, she is suddenly perceived as a traitor in her own country. First Pop is taken away. Then Tomi, her mother, and her brother are forced to leave home, assigned to live in a horse stall at a racetrack before moving to an internment camp, Tallgrass, near Ellis, Colorado. At first the camp residents keep their distance from one another. But, like Opal in Kate DiCamillo’s Because of Winn-Dixie (2000), Tomi begins making peace with her situation through friendships with others. She and her new friend Ruth scheme up ways to create a sense of community in Tallgrass. The result is a realistic portrayal of the internment camps, brightened by the determination of one girl to remain true to her optimistic spirit.

Sandra Dallas is the New York Times–bestselling author of The Quilt Walk and Red Berries, White Clouds, Blue Sky. She has written ten nonfiction books and fourteen adult novels, including The Last Midwife, Prayers for Sale, The Diary of Mattie Spenser, and The Persian Pickle Club. A former Denver bureau chief for BusinessWeek magazine, she is the recipient of two National Cowboy & Western Heritage Museum Wrangler Awards, two Western Writers of America Spur Awards, and four Women Writing the West WILLA Awards. She lives in Denver. Visit her at www.sandradallas.com.