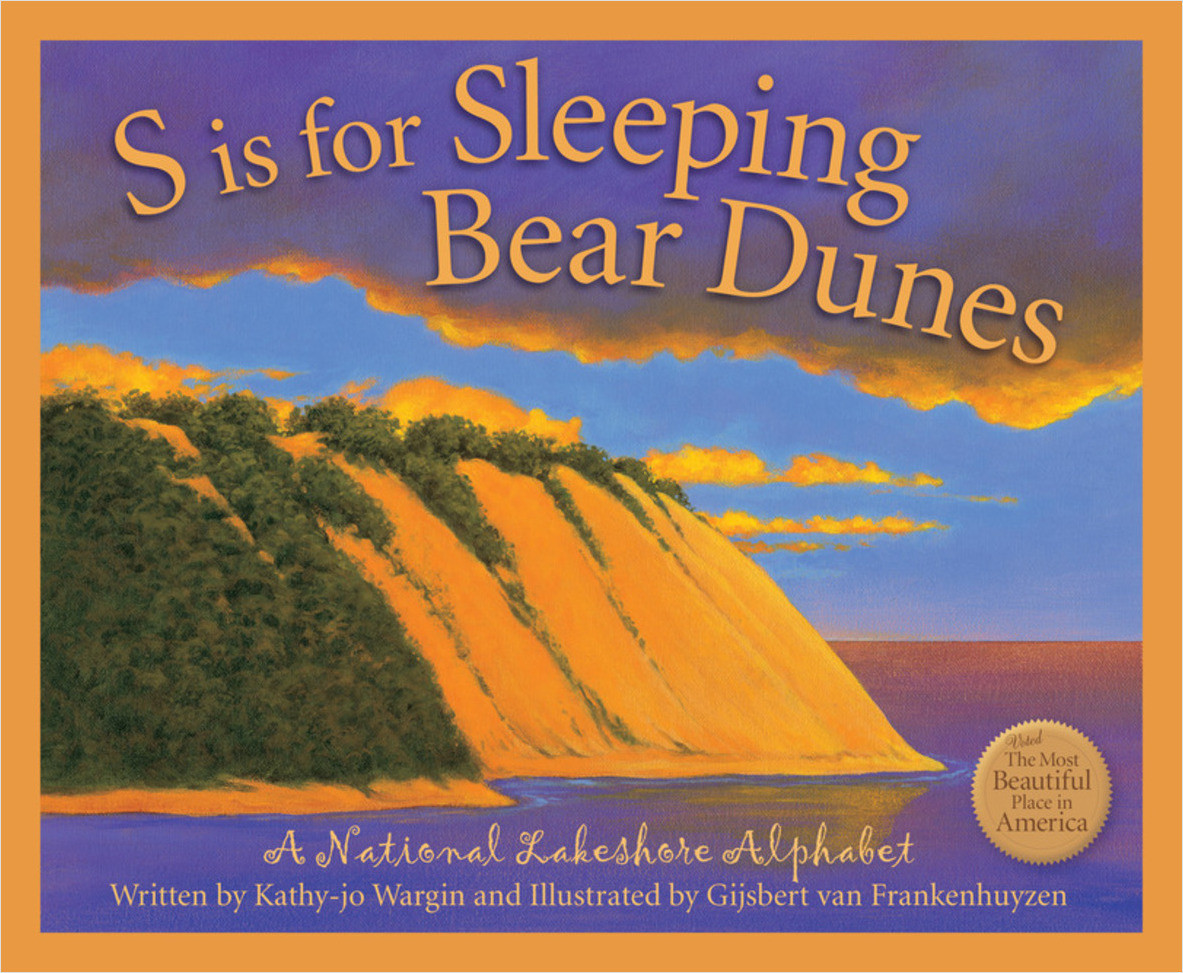 S is for Sleeping Bear Dunes

Following the alphabet this book uses poetry and expository text to explore the Sleeping Bear Dunes National Lakeshore, which is located along the northwest coast of the Lower Peninsula of Michigan. Named for its famed dunes, this national part was designated the "Most Beautiful Place in America" in 2011 on ABC's Good Morning America show. Topics include the park's many natural features such as its dune formations, beaches, and forests, as well as its numerous cultural attractions, including an 1871 lighthouse.