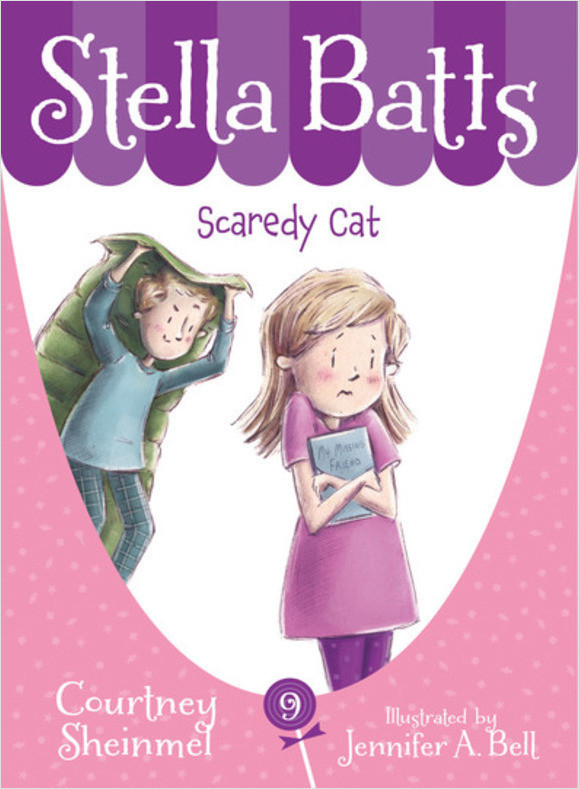 Are you afraid of the dark? Stella Batts never thought she was. In fact she's not feeling afraid of anything right now. She's just excited. Her class read the most books out of every class in school. The prize is a sleepover in the library. What could be better than that? Everyone is in pajamas, even the teachers. The kids break off into groups to go on a scavenger hunt. That's when Stella finds a really old book by an author who is also named Stella B. Though the subject matter is nothing this Stella would ever write about. And then there's an unexpected visitor who shows up in the middle of the night. Stella doesn't know what to think, but she knows one thing for sure--she's scared of the dark now!

Stella Batts, somewhat intrepid third-grader, is back for another adventure, and this time she’s worried about bad luck—and ghosts. It should be a fun, thrilling time, because her class won the sleepover-in-the-school-library contest, but first the white girl breaks a mirror, and then her sometimes-friend and occasional nemesis, Joshua, starts to play ghost-related tricks on her in the library—which is just a tiny bit creepy in the nighttime. She sees some frightening yellow eyes and discovers a book by another Stella B. that might be about a ghost. Even competent kids like Stella can get just a bit creeped-out in scary situations. The mother of one of her friends helps Stella cope with the scariness, and mundane but just-mysterious-enough explanations for all the creepiness later emerge to soothe her worries. Stella’s voice is winsomely matter-of-fact and authentically age-appropriate. She deals with minor issues that many readers will immediately recognize. Kind, wise parents and other mostly supportive adults complete the calmly predictable picture of Stella’s middle-class life. Bell’s numerous lightly sketched illustrations depict a class composed of both white and darker-hued children, and the Latino male librarian is a nice touch. Large print and ample white space make for an inviting format for emerging chapter-book readers. As in her other, now-numerous outings, Stella is a likable child; it’s pleasant to spend some time with her. (Fiction. 5-9)