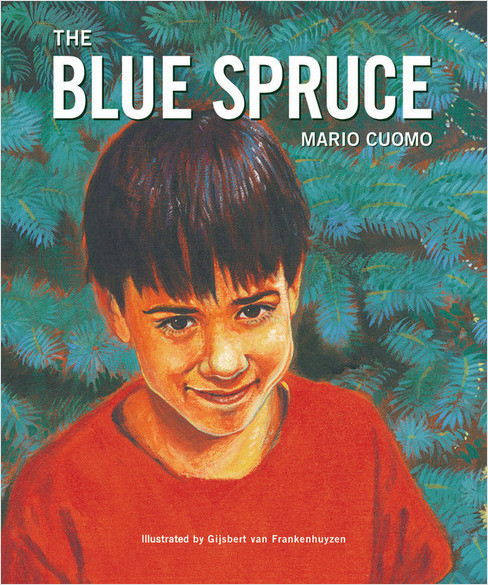 An inspiring story of determination, hard work, and belief in your dreams until you capture them. Former Governor Mario Cuomo shares this endearing life lesson passed down to him from his father. Papa told Mario that having a house with a yard and a tree to call our own was his very special dream. Papa was excited about moving his family to their new home, after leaving behind their grocery store for many years, and sharing his dream with them. Papa and Mario loved the magnificent Blue Spruce that grew in the front yard of their new home, often sharing quiet moments in its cool shadow. Each year the Blue Spruce grew taller and stronger, holding within its branches their secrets and dreams. Then, one evening, unusually strong winds began to blow as dark clouds filled the sky. Mario watched anxiously through the window as the Blue Spruce fought against the winds... The Blue Spruce is a story that children will love and parents will love reading. Wonderfully illustrated by Royal Academy of Arts trained Gijsbert van Frankenhuyzen, illustrator of the bestselling The Legend of Sleeping Bear and The Legend of Mackinac Island.

The son of immigrants from rural Italy, Mario Cuomo could barely speak English when he began first grade in the New York City public schools. He went on to become a lawyer, was appointed secretary of state for New York, and eventually was elected its governor. He served as governor for 12 years, after which he returned to private law practice.