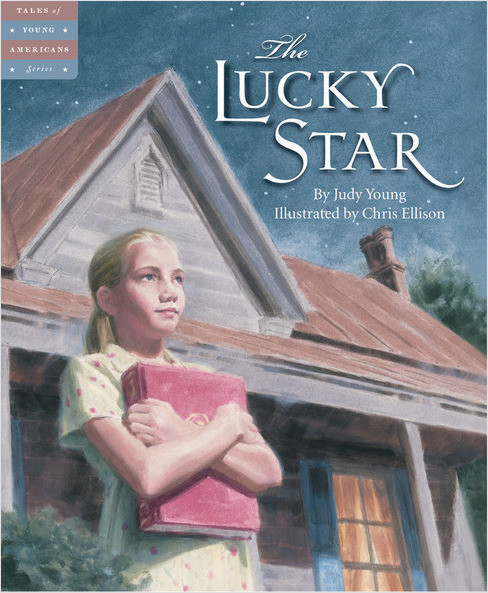 It is 1933 and the Great Depression has ravaged the nation. Millions of people are out of work; thousands of families are struggling to keep a roof overhead and food on the table. But Momma still finds ways to count her blessings (lucky stars) from Ruth's new shoes to Poppa's new job. But where Momma sees the 'bright,' Ruth only sees the dark. Her shoes are hand-me-downs from a neighbor and Poppa's new job keeps him away from home for months. And now their town can't afford to keep the school open. Ruth will not be going to fourth grade even though she's one of the brightest students in her class. How can anyone find the good in that? But when Ruth stops thinking of her own problems and focuses on someone else's, she realizes that being a lucky star is the best way to start seeing your own lucky stars.In addition to writing children's books, Judy Young teaches poetry writing workshops for children and educators across the country. Her other books with Sleeping Bear Press include the popular R is for Rhyme: A Poetry Alphabet and Lazy Days of Summer. Judy lives near Springfield, Missouri. This is Chris Ellison's third book in the Tales of Young Americans series. He also illustrated Rudy Rides the Rails and Pappy's Handkerchief. His first book with Sleeping Bear Press, Let Them Play, was named a 2006 Notable Social Studies Trade Books for Young People. Chris lives in Hattiesburg, Mississippi.