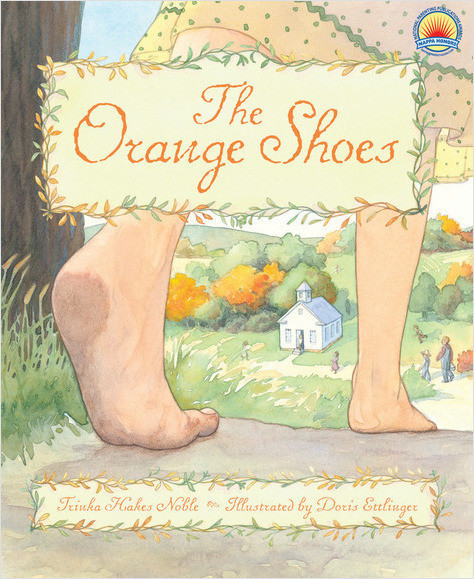 Delly Porter has a happy life. She needs new shoes, but doesn't really mind because she loves the soft, silky feel of the dirt road beneath her bare feet. She's a good artist, too, even if she has to make her own art supplies. And she loves her schoolteacher, Miss Violet, who lets her help in the classroom. Life only looks brighter when Miss Violet announces the school will have a Shoebox Social to help raise funds for new art materials. But when what should be a festive occasion is threatened by prejudice and cruelty, Delly finds out that one must stay true to oneself to successfully navigate life's joys and sorrows. From Trinka Hakes Noble, the author of The Scarlet Stockings Spy and The Last Brother, comes the story of a young girl who learns the most precious things in life are not measured in dollars and cents but by the warmth of one's heart. And that truth, beauty, and love are in the eye of the beholder.