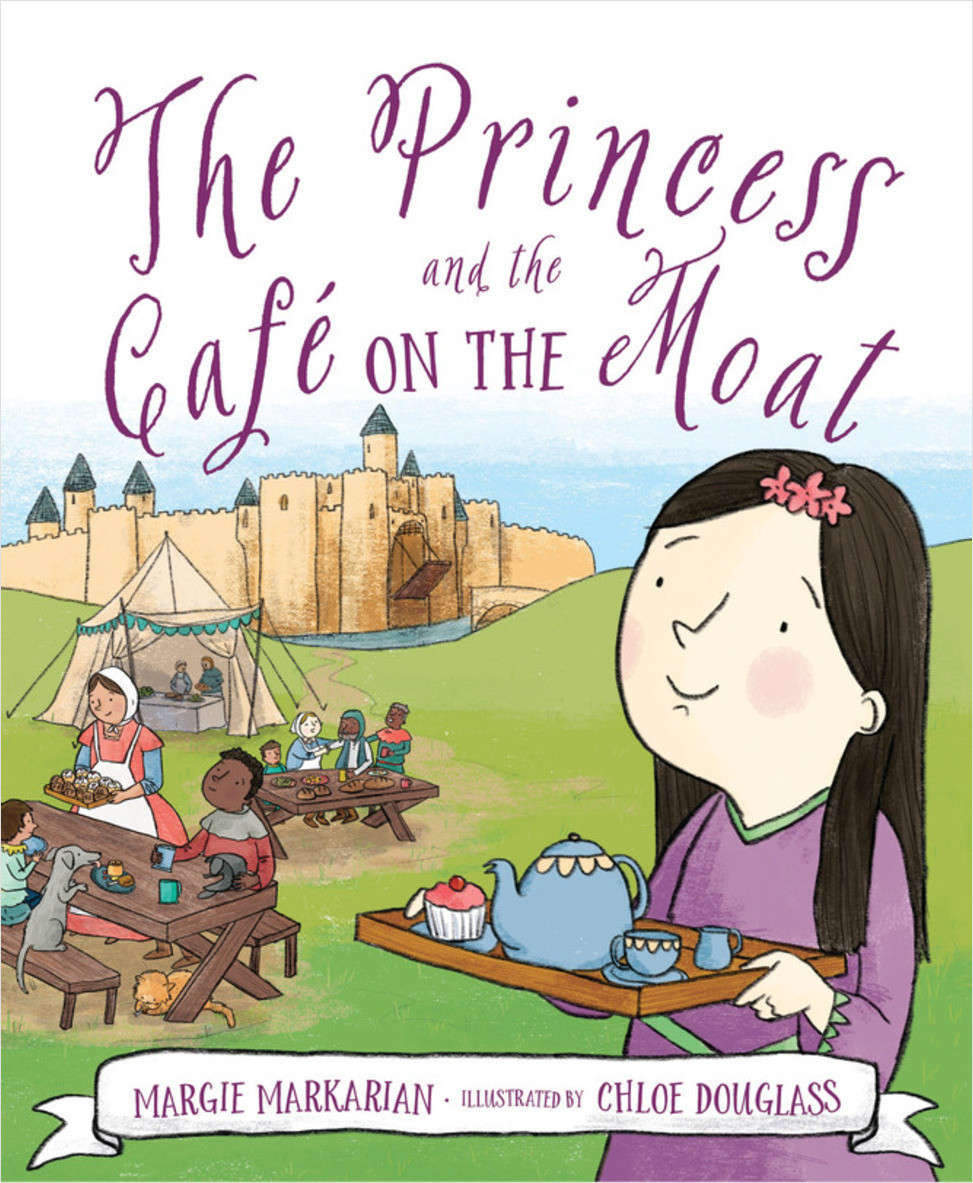 The Princess and the Cafe on the Moat

Once upon a time there was a very busy castle. And in that castle lived a king, a queen, a young princess, and all their courtiers and attendants. Everyone was very busy. The king conferred with his knights. The queen was occupied with her ladies-in-waiting. And the rest of the palace staff was doing their daily chores. Everyone was working. Everyone but the princess, who wanted very much to be engaged like the others. But it seemed nobody wanted or needed her help. Determined to be useful, the kindhearted princess sneaked away to the countryside to look for opportunities to help others. What did she find outside the castle walls? This feel-good story reminds us all about the importance of reaching out and taking time to connect with one another.

School Library Connection - The Princess and the Cafe of the Moat

Doesn’t everyone want to be kind and helpful to others? The princess in this new fairy tale sure does! Everyone at the castle is always so busy that she feels left out, so she goes on mission to find a way to be useful. After a day of helping an old man, babysitting children, and bandaging a squire, she gets her wish! The King and Queen allow her to open a cafe just outside the castle walls to help the village people every day. The precious illustrations beautifully depict the princess and her need to be busy and help others. The author’s note at the end discusses the elements of fairy tales and has a message of sharing. The book even includes an activity to encourage good deeds. This would be a great tie-in to both a fairy tale unit and a unit on kindness. Recommended

Booklist - The Princess and the Cafe on the Moat

Stories about princesses abound, but one such as this, which understands a child’s need to be helpful, is fresh, and will appeal to children and their parents alike. Markarian creates a princess heroine whose interests extend beyond ceremony and fancy clothes. While looking for something meaningful to do, the princess visits the Court Jester, the Wandering Minstrel, the Wizard, and even the Royal Baker, but doesn’t fit in anywhere. The work of the court is subtly described as primarily social, and the princess escapes beyond the castle where she meets a local man in need and learns how she can be of service to the people of the court. Douglass’ illustrations focus on actions more than backgrounds, and the use of earth tones adds to the warmth of the story. The vocabulary is richly descriptive, and, by leaving the princess unnamed, she becomes an everychild with a moral conscience, who creates a happily- and busily-ever-after for the entire court.

The Princess and the Cafe on the Moat - Activity Pages

Margie Markarian often daydreams about living in a castle but is perfectly happy living in Franklin, Massachusetts. Margie specializes in writing and editing content for children, teens, parents, and teachers. The Princess and the Café on the Moat is her debut picture book. Visit her website at www.margiemarkarian.com

Chloe Douglass was born in London, but she and her family moved when she was a child and she grew up in Hereford. She returned to London years later, after attending university. There she worked in fashion, color, and trend forecasting, which reminded her of a childhood desire to illustrate books. She has a master’s degree in illustration from Kingston University and works as a freelance artist. When she’s not illustrating or doodling in her sketchbook, she can be found gardening, drinking gallons of Earl Grey tea, watching period dramas, or geeking out over Batman. She lives in Wimbledon.