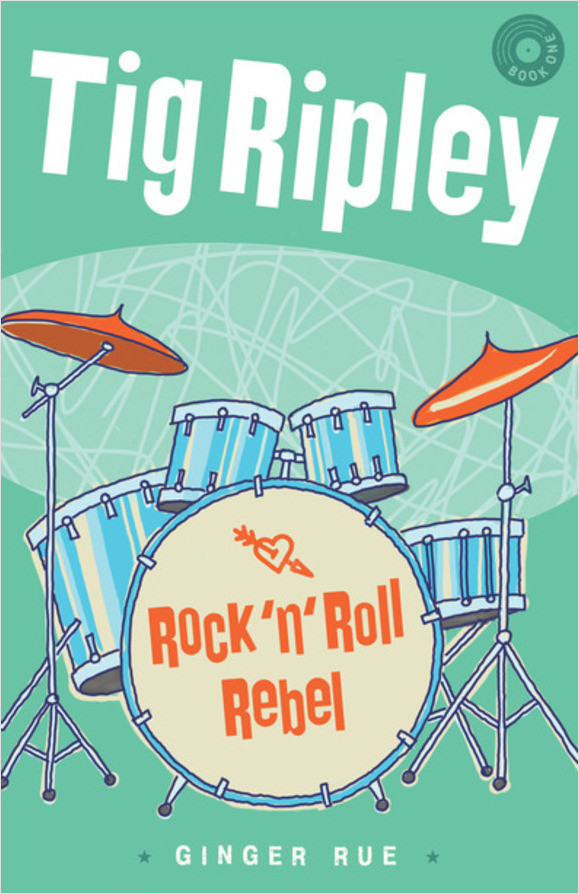 Thirteen-year-old Tig Ripley has plenty of good reasons for starting an all-girl rock band. Never mind she doesn't play an instrument--she'll figure that out. Fronting a band is sure to propel her out of the background and into the spotlight at her middle school. So after a few weeks' worth of drumming lessons under her belt, she starts assembling her band. With her cousin Kyra agreeing to play bass, soon Tig has her piano-playing friend Olivia down for the keyboard. And then she convinces tough girl Robbie Chan to sign on as lead guitarist. With a cool name--Pandora's Box--all the band needs now is a killer lead singer. How hard can that be? But when Kyra invites obnoxious diva Haley Thornton to join the band, Tig realizes snagging a lead singer--the right lead singer--is not going to be easy. Everyone says the drummer is the heartbeat of a band--does Tig have what it takes to lead Pandora's Box?

When Antigone “Tig” Ripley’s frenemy Will makes the ridiculous pronouncement that girls are too snarky and jealous to be in a band together (“Girl bands are gimmicks. They don’t work.”), she considers the gauntlet thrown down. With the help of her grandfather—a former 1960s rocker—Tig takes up the drums and invites a few other middle-school girls to join her band, Pandora’s Box. The girls’ abilities vary widely, and their personalities are even more diverse, which means that making music as a band requires lots of practicing and working through challenges, heckling, and disappointments. Rue examines the benefits of hard work, the delight of pursuing your dreams, and the real meaning of friendship in this uniquely quirky story that will draw in even the most reluctant (and least musical) of readers. This effervescent novel captures the essence of both middle school—the bullies, the struggles, the temptations—and music. Rue has struck the perfect chord for middle school readers everywhere in this series starter.

Gr 4–6—This novel chronicles Tig Ripley’s quest to start an all-girl rock band named Pandora’s Box. The 13-year-old protagonist does not play an instrument, and she’s been brought up with Southern good manners. In spite of these obstacles, Tig wants to be the band’s drummer and leader. The narrative is slow to start as Rue establishes the band members’ recruitment and skill set, but once the band forms, the book’s pace picks up and readers are drawn into a story that has plenty of girl drama and social angst but very little actual rebellion. The message of finding individuality in middle school is a positive one, and Tig is a flawed but likable narrator. VERDICT For fans who are ready to graduate from Megan McDonald’s “Judy Moody” and Charise Mericle Harper’s “Just Grace” but aren’t quite ready for YA fiction.

Ginger Rue is the author of Brand-New Emily and Jump. She’s a former advice columnist for a teen magazine, and her work has appeared in Seventeen, Teen Vogue, Girls’ Life, Family Circle, and other publications. She is currently a contributing editor for Guideposts. Ginger lives in Tuscaloosa, Alabama, with her husband, two daughters, and stepson.