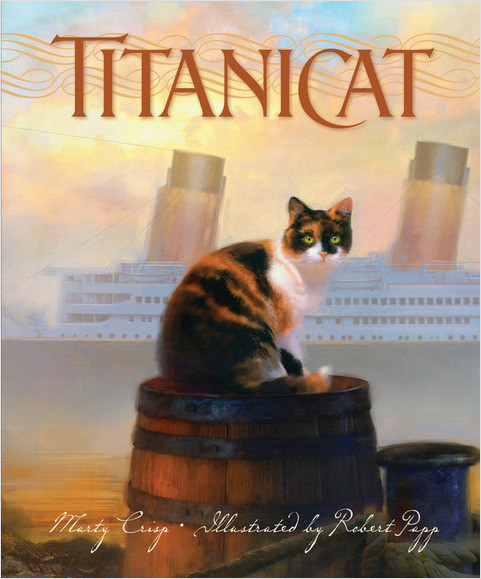 Young Jim Mulholland can't believe his good luck: He has signed on as a cabin boy to the world's finest ocean liner, the Titanic, and can't wait for the history-making voyage across the sea to America. As part of his duties Jim is in charge of the ship's cat, a beautiful tortoiseshell that also appears happy to be on board. He calls the cat by the ship's construction number, 4-0-1, certain that she will bring him good luck. And he's delighted when 4-0-1 shortly gives birth to a litter of kittens. But once the ship's trial runs are completed and it's ready to launch to sea, Jim notices that 4-0-1 is nowhere to be found. He's got to find her-the Titanic can't cast off without her lucky cat. Jim is faced with a decision that will affect the rest of his life.A newspaper journalist for 30 years, Marty Crisp often writes about the animals that hold a special interest and place in her heart. She has published many award-winning books for children and adults, including White Star, her book about a dog on the Titanic. Marty lives in Ephrata, Pennsylvania. Robert Papp's award-winning artwork includes hundreds of illustrations for major publishers across the United States, and his first children's book, The Scarlet Stockings Spy, was named an IRA Teachers' Choice in 2005. His other books with Sleeping Bear Press include The Last Brother and M is for Meow: A Cat Alphabet. Robert lives in historic Bucks County, Pennsylvania.

Marty Crisp has published many award-winning books for children and adults, and has been a newspaper journalist for thirty years. She often writes about animals that hold a special interest, and a special place in her heart. In her work on White Star, a book about a dog on the Titanic, Marty did original research, interviewing the families of Titanic survivors and other premier Titanic historians. In was during her research for White Star that she uncovered the true story of the Titanic’s cat that saved a young boy’s life. She has written many books about animals in the popular "Everything" series.