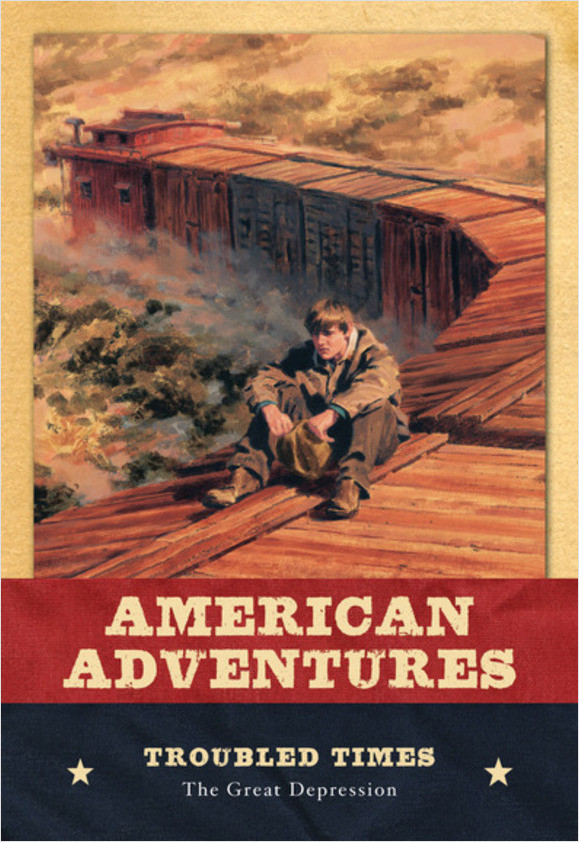 Each paperback in this series features a trio of fictional stories highlighting a moment in American history. Troubled Times contains three stories focusing on the Great Depression. In The Lucky Star a girl helps her sister and other children learn to read when their school is closed. Rudy Rides the Rails features a boy living the hobo life. In Junk Man's Daughter, a family struggles after moving to the United States.

Sonia Levitin has written numerous books for children ranging from mystery and adventure to humor and history. She is the winner of multiple prestigious awards, and teaches creative writing at UCLA.

Guy Porfirio has illustrated children's books for many well-known publishers as well as advertising and marketing companies. He is a graduate of the American Academy of Art in Chicago and attended the School of Visual Arts in New York.