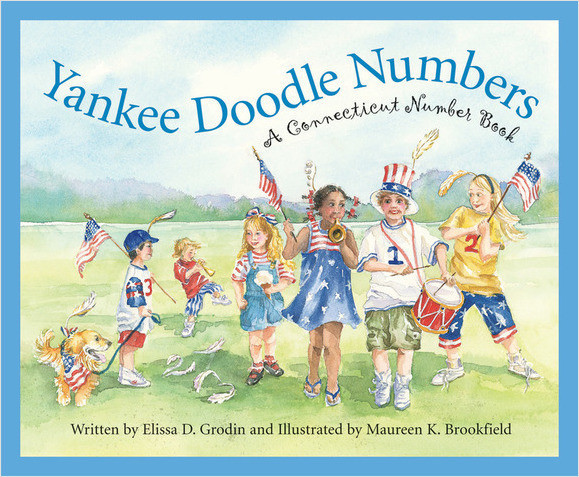 From Elissa Grodin and Maureen Brookfield, the author-illustrator team behind "N is for Nutmeg: A Connecticut Alphabet", comes another rousing state tribute. Using numbers as its backdrop, "Yankee Doodle Numbers: A Connecticut Number Book" gives an entertaining and educational travelogue of the state's historic moments, symbols, landmarks, and famous people. An ice age carved the landscape where settlements could thrive. This lush and wooded colony became state number 5. From its role during the Revolutionary War to its nickname of the "Land of Steady Habits," the history and wonder of Connecticut comes alive.Elissa Grodin's recent work for Sleeping Bear Press includes the popular Everyone Counts: A Citizen's Number Book and The Happy Prince. She attended Dartmouth College and the School of Visual Arts. Elissa has written for the Times Literary Supplement and New Statesman. She lives in Wilton, Connecticut. Maureen Brookfield is an accomplished artist best known for her watercolor paintings. She attended the Parsons School of Design and the Art Center of Northern New Jersey, and has studied with several prominent and nationally known artists. Maureen lives in Marshfield, Massachusetts.