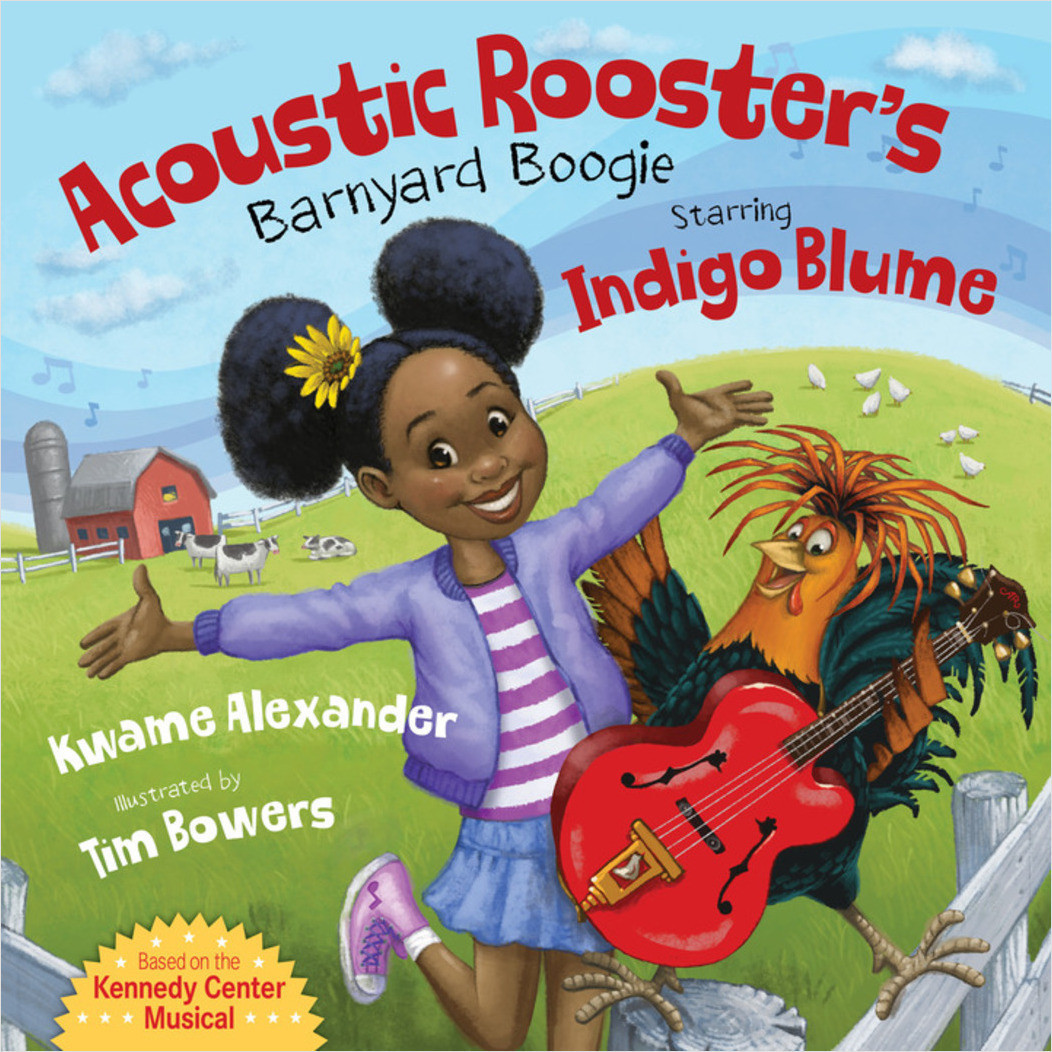 On the eve of singing at a community festival, a bout of stage fright threatens a little girl's confidence. As Indigo Blume drifts off to sleep, she isn't sure she's brave enough to take the stage. But once she falls asleep, Indigo finds herself in a dream world with the characters of her favorite book, Acoustic Rooster and his Barnyard Band. The band's members, including Miss Dairy Parton and Chickee Minaj, are rehearsing, and they invite Indigo to join the group. But when a storm destroys their barn, the animals are left with almost nothing. Can Indigo rally the band to work together and save their home? And will she find her voice in time for the festival?

Kwame Alexander is a poet, publisher, and an award-winning producerof literary programs. He has written for television, the stage, and authored13 books. He conducts writing/publishing workshops at schools andconferences throughout the country.