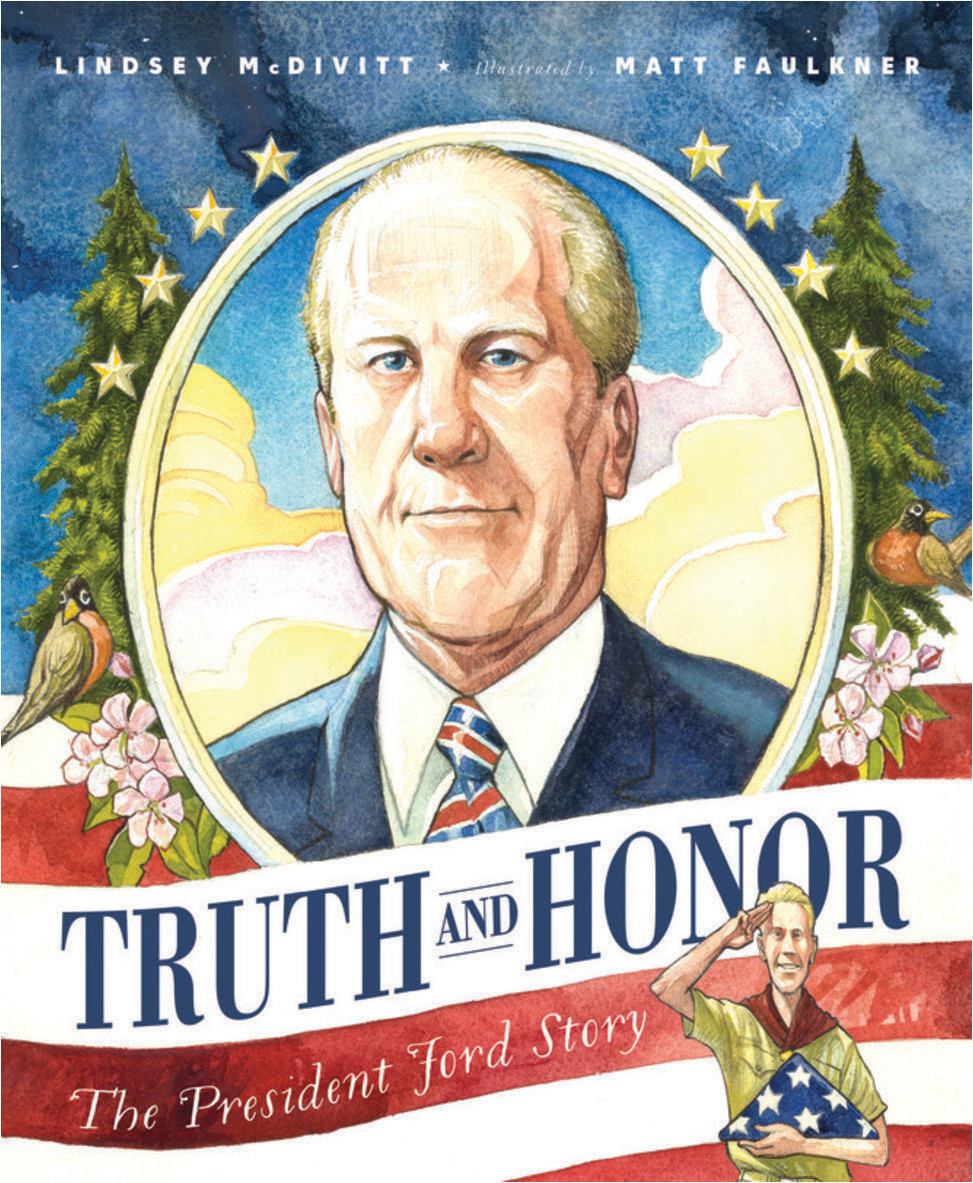 When Gerald Ford became president after the turmoil of the early 70s, Americans were ready for an honest, hardworking politician. And that is just what they got with President Ford. He was a man of integrity and honesty, who cared deeply about all Americans. His life, tougher than some and filled with character-building lessons, had prepared him for the job--from his childhood in Grand Rapids, Michigan to his days on the University of Michigan football team and in the Navy to his many years representing the Great Lakes State in congress. In Truth and Honor learn what made Gerald Ford the right man for the job. Backmatter includes a letter from the Ford family and a timeline.

Lindsey McDivitt has spent most of her life near the Mississippi River or the Great Lakes. She loves searching the shore for shells or stones, especially agates, and gazing up into tall trees, especially white pines. After eight years exploring marvelous Michigan, she now lives in Minnesota.
Lindsey began writing books for children after many years creating health education programs. She was co-editor of a book of true stories of hope and healing written by stroke survivors. You can find Lindsey at www.lindseymcdivitt.com where she highlights picture books with older role models and accurate images of aging.

Matt Faulkner has written and illustrated a number of children's books. His work has won wide praise for its humor, exuberance, and sensitivity. He is also a contributing illustrator to such national periodicals as The New York Times, The Wall Street Journal and Forbes. Matt lives with his son, Gabe and their three cats on a little island in San Francisco Bay (no, not Alcatraz).