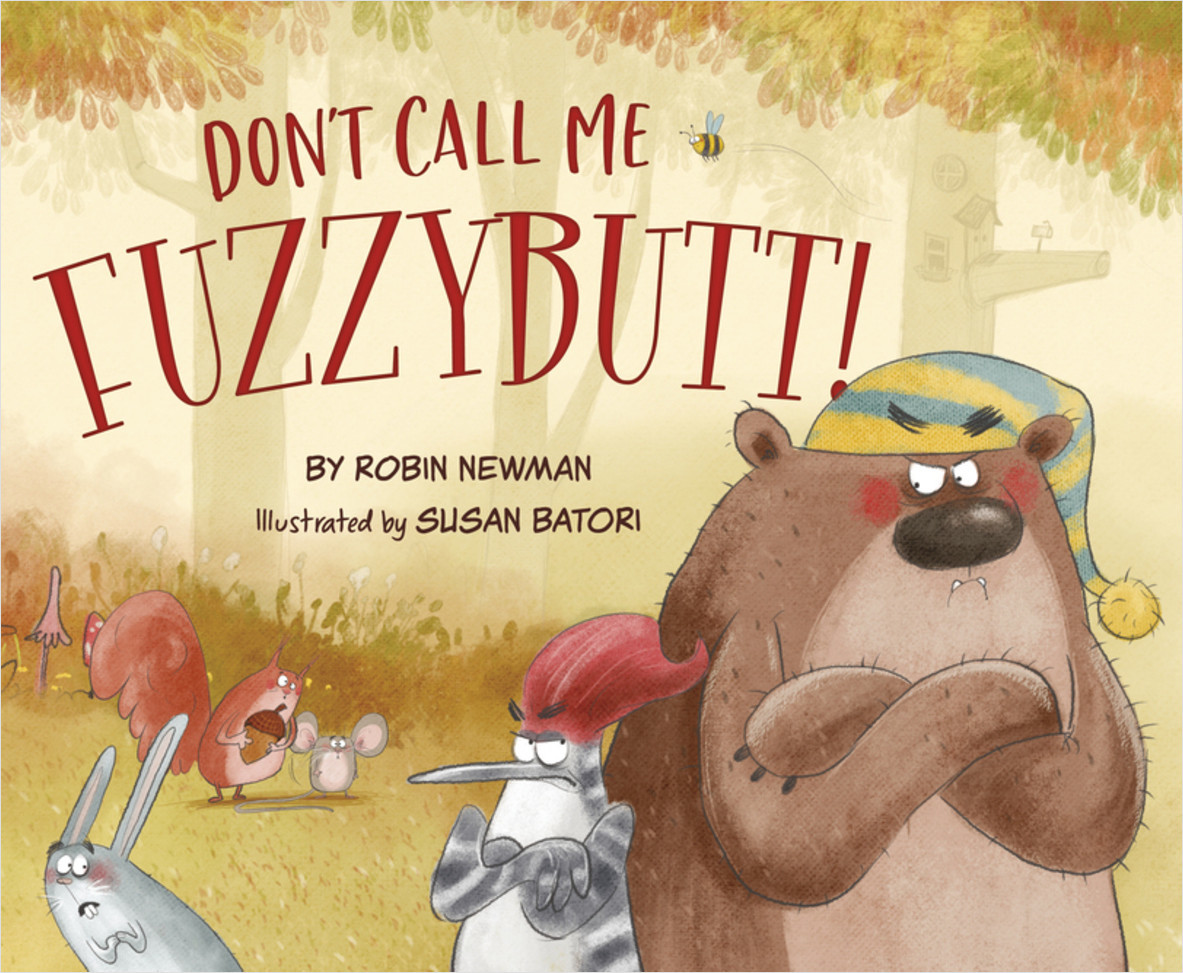 Bear is tired. The weather is getting cool and he's ready for a nice long nap--he's got earmuffs and a brand-new door to keep out the noise, plus a pair of fluffy slippers. Meanwhile, real estate mogul Woodpecker finds his recent homes…missing. And he follows the trail of debris right to Bear's new front door. When he "tap tap taps" to talk to Bear about it, the two engage in a feisty exchange of name-calling and gossip with the rest of their forest neighbors. Can they patch it up--literally--before Bear loses too much sleep?

“Robin Newman has written a laugh-out-loud story that little ones will want to hear over and over. It is funny, sweet, and hopeful. The illustrations by Susan Batori are so much fun and filled with details that will keep little eyes on the pages. This is a real winner. Don’t miss it.”

“Can “featherbutt” and “fuzzybutt” overcome this great obstacle to return to being friends? A fun story of adversity and problem-solving evolves.”

“Batori’s slightly anthropomorphized illustrations of chunky forest creatures suit Newman’s tale of name-calling and reconciliation. Listeners likely won’t settle their own arguments so quickly, but they can try to follow Bear and Woodpecker’s example. And they will love the many iterations of butt.”

Teacher’s Guide with Activities to accompany the book Don’t Call Me Fuzzybutt! View →

Susan Batori lives in Budapest, Hungary, with her soul mate, Robert, and her cat, Kamilla. She studied graphic design at the Hungarian Academy of Fine Arts Budapest. She worked as an art director at DDB Advertising Agency until she noticed that drawing hilarious characters was much more fun. Since 2013, Susan has been working as a freelance children’s book illustrator. Humor is the one thing in her studio that she could not live without.