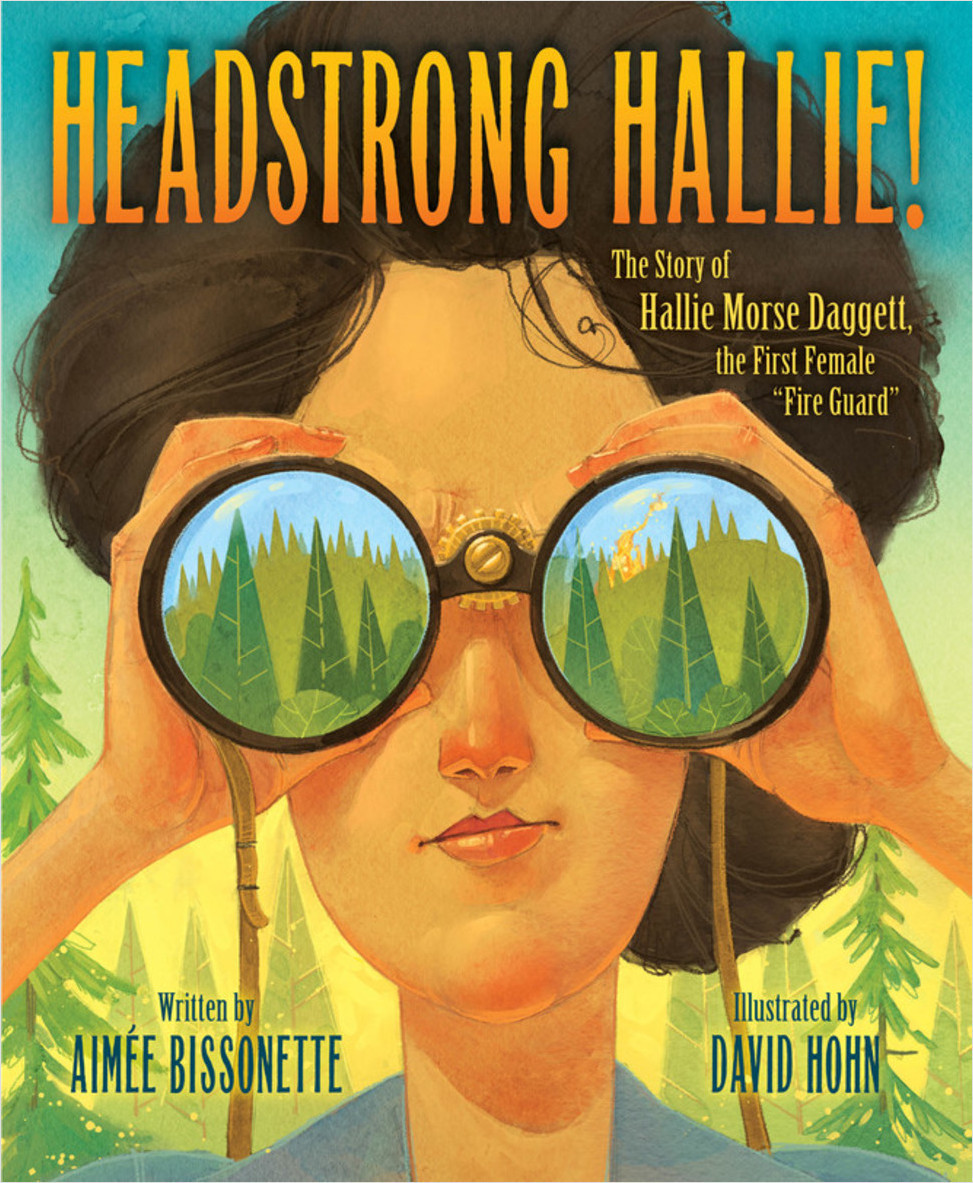 Hallie Morse Daggett loved spending time outdoors, hiking among the woods in California’s Siskiyou Mountains. She wasn’t afraid of the bears, coyotes, and wildcats. But Hallie was afraid of fire and understood the threat it posed to the forests, wildlife, and people. And more than anything, she wanted to devote her life to protecting her beloved outdoors; she decided she would work for the US Forest Service.

“From boarding school in San Francisco to her struggles with a Forest Service that refuses to hire a woman, this is an appealing story that personalizes her life and ambitions.”

Hallie Morse Daggett dreamed of joining the US Forest Service to fight fires in California’s Siskiyou Mountains—an unheard-of goal for a woman at the turn of the previous century. But Hallie persisted and was finally hired as a fire lookout in 1913. She spent fifteen fire seasons in a primitive mountain cabin reporting on smoke and flames, contending with fierce electrical storms, and fending off wild animals. Bissonette’s engaging portrayal of a self-assured and determined figure is enhanced by Hohn’s imaginative illustrations. An author’s note provides more detail and includes three black-and-white archival photos.

Growing up roaming the forests of California’s Siskiyou Mountains, the only thing Hallie Morse Daggett fears is fire.

She’s seen it devastate the forests, and it’s come terrifyingly close to her own home, and she brings food to the men of the U.S. Forest Service whenever they fight fires nearby. When she grows up she applies to work for them—again and again, always to be told they don’t hire women. But when, in 1913, a fire-lookout position opens up right before fire season begins and Daggett, now 30, again applies, the Forest Service finally says yes. The men take bets that she won’t last in the tiny, isolated cabin she’s assigned, but of course she does, spotting 40 fires in her first season. When, 14 years later, the wee cabin is replaced by a much fancier installation, Daggett retires after only one season in it, a decision framed by Bissonette in her admiring, economically engaging narration as prompted by her distaste for frippery. In her author’s note, Bissonette describes the paucity of the historical record and fills in the scant details of Daggett’s life following her retirement. In Hohn’s illustrations, Daggett appears as a lanky, determined White girl and woman. The backdrop of trees and mountains she appears against is rendered in a disappointingly pastel palette, effectively foregrounding Daggett but failing to represent the region’s rugged majesty. (This book was reviewed digitally with 11-by-18-inch double-page spreads viewed at 60.1% of actual size.)

An efficient introduction to another groundbreaking woman.

Author Aimée Bissonette was born in New Kensington, Pennsylvania, the sixth of seven children. Aimée earned her Bachelor’s degree from Colorado State University and her Law degree from the University of Minnesota Law School. She has worked as an occupational therapist, teacher, lawyer, and small business owner. She is the author of Miss Colfax’s Light. Learn more at her website: aimeebissonette.com. In addition to her books for children, Aimée has published a book for K-12 teachers and administrators on the legal issues associated with technology in the schools. She lives with her husband, family, and dogs in Minneapolis, Minnesota.