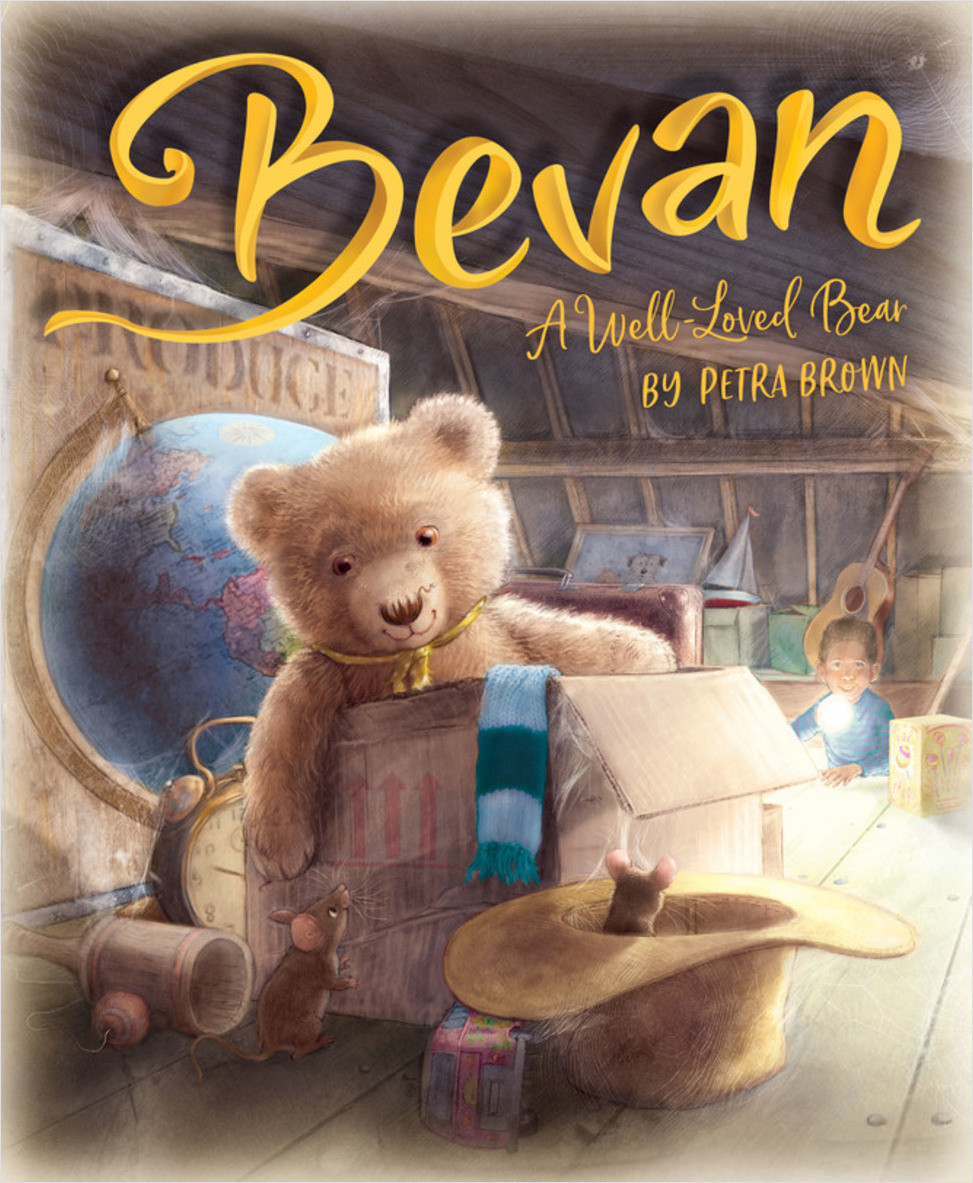 Bevan is a very old bear. His fur is rather patchy and tatty, but he's just as lovable as ever. Follow Bevan on his adventures from family to family from decade to decade, bringing comfort and love wherever he goes--and discover the life our stuffed friends have after they leave our homes.

Bevan, a stuffed toy bear, has belonged to many different children over the years.

Starting in a wealthy home around the turn of the 20th century, as one of many toys in a nursery belonging to three children, the bear changes homes many times. The nanny in his original home gives him to her own granddaughter, who lives in a little house before moving to a lighthouse where her father goes to work. When she grows up, she marries a rancher, and the bear goes to her son. As a teen, that boy saves his soda-fountain wages, buys a van with a psychedelic paint job, and explores the U.S. during the 1960s, and the bear dons a hippie outfit. When he falls out of the van, a dog picks him up, and Bevan finds himself living with an artist who marries a musician. Their daughter takes Bevan to summer camp, where he is left behind, ultimately winding up in a thrift store, where a mom buys him for her young daughter, a contemporary little girl who loves him just as much as the other children. Observant viewers will note objects belonging to each era on the windowsill in the latest owner’s room. The first several generations of Bevan’s owners are White, but some characters are people of color, including the newest family. The full-color paintings are softly realistic. A placid story that provides some sense of differences in generations, economics, and geography.

Petra Brown has been a children's book illustrator since 2006 when her first picture book If Big Can...I Can, was shortlisted for the Booktrust Early Years Awards for Best Emerging Illustrator. Since then she has been illustrating for a range of publishers in the United Kingdom and abroad. Petra comments, "I love drawing animals with human expressions. I find it such fun creating, for example, a thoughtful fox, a happy hippo, a shy sheep, or a caring bear! The other thing I like is creating landscapes, places where my characters can run about and have adventures. Living in a magnificent place like Snowdonia helps a great deal." Petra lives with her partner in Wales.