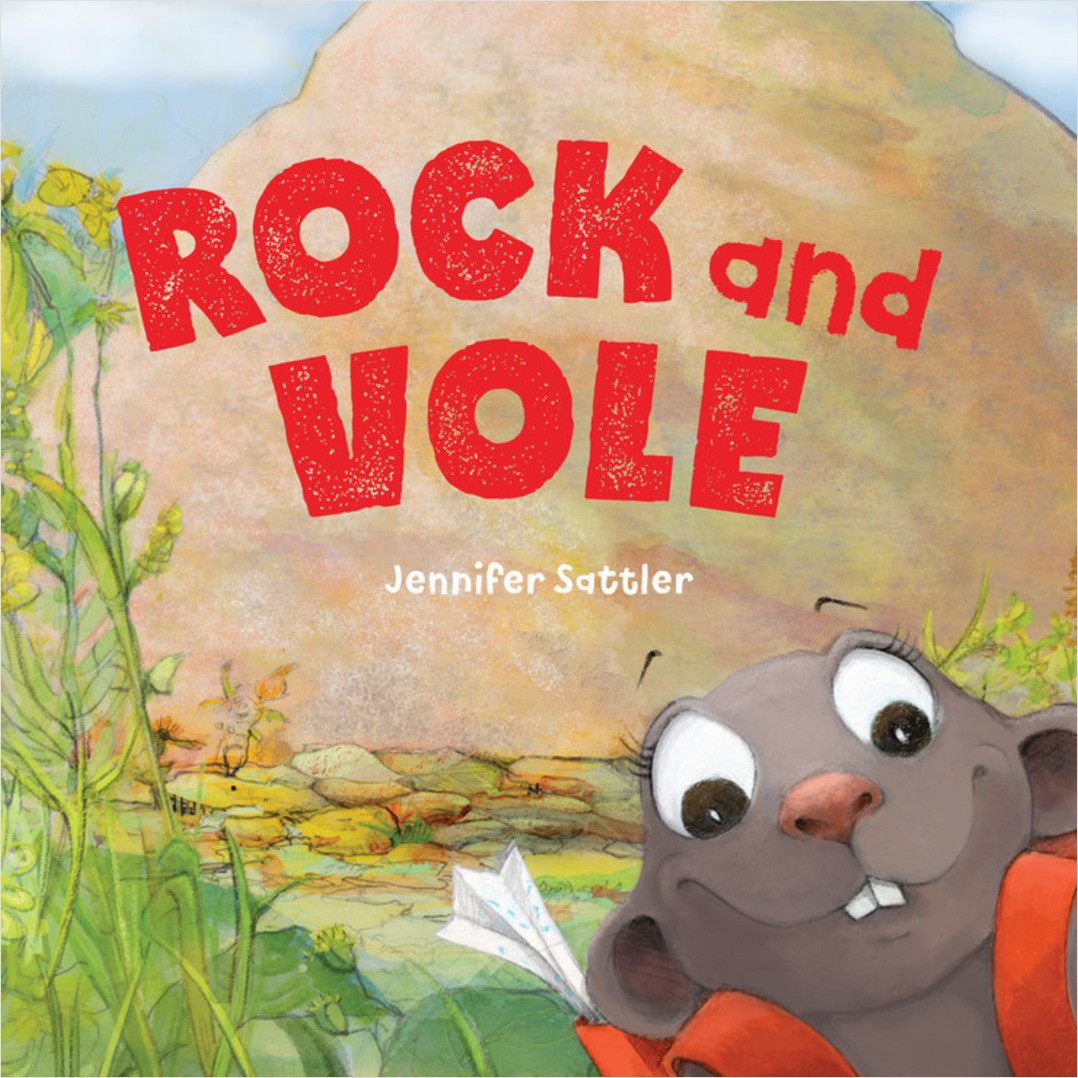 Little Vole plans her time very carefully. Each day starts with the same exercise routine. Each day she eats the same stinky cheese snack. And each day ends the same way, sleeping on the left side of her cozy bed. Day in and day out, this is Vole's routine. But one day Vole wakes up and wants something different. She wants an adventure--a trip! So Vole starts to plan. She draws a map. She picks the ideal halfway spot to eat her snack. And she knows exactly what she will say at the end of her trip. "This is just as I imagined it." Vole sets out on her perfectly planned adventure and things are going well. But sometimes perfectly planned adventures don't go perfectly. Unexpectedly, Vole comes to a ginormous, selfish, refuses-to-move rock that is blocking her way to her lovely adventure. How unfair! But is it? Maybe life can be better when some things don't go according to plan. From the author/illustrator of One Red Sock.

An intrepid vole sets out on an adventure (with a meticulously thought-out plan).
Vole, a squat little nugget with big, bright eyes and wisps of lashes, is very persnickety. She follows the same routine every day. She begins the morning with (precisely) 7 minutes of exercise. At snack time, she eats one slice of pumpernickel bread, two pieces of stinky cheese, and…12 raisins. But one morning, inspired by the vast landscape before her, she decides she wants an adventure. So she slips on her spectacles and draws a map. She plans her snack time exactly halfway through, includes perfect weather with a gentle breeze, and imagines being thrilled and accomplished by the end. The next day, armed with a tiny red knapsack, she sets off. Everything is going according to plan until she sees a “humungous, GINORMOUS rock” in the middle of the path. This was not on her map. She tries to reason with it: “Excuse me, Rock, I’ve planned this trip very carefully. As you can see, you don’t belong here. I’m sure you understand.” She pleads, she begs. But the rock just sits. Sometimes, plans need to change. Sattler’s expressive vole wears her heart on her sleeve, and watching her come to terms with reality is both instructive and delightful. Readers will cheer her newfound nimbleness.
A little flexibility goes a long way.

Jennifer Sattler is the award-winning author and illustrator of numerous children’s books, including the new board books Dirty Birdies and Jungle Gym, as well as the picture book Sylvie, and the Pig Kahuna and the Chick ’n’ Pug series. She lives in upstate New York, where she delights in embarrassing her children and having meaningful conversations with her dog, Henry. Learn more about her at jennifersattlerbooks.com.