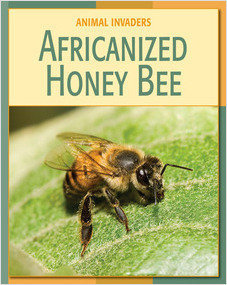 Straightforward texts examine four exotic animal species that have invaded the United States and/or its territories; all but the sea lamprey are on The Invasive Species Specialist Group’s list of the world’s 100 worst offenders. Each title first presents basic facts about the featured animals and then concisely describes how, when, and where they were transported; the nature of the ecological damage they have caused (for instance, brown treesnakes have overrun Guam, wiping out dozens of native bird and lizard species and causing numerous power blackouts by climbing onto live electrical wires); and efforts to eradicate, or at least control, them. Sidebars offer miscellaneous facts about the subjects and related species; problems with introducing predators into affected ecosystems to control the pests; the global ramifications of invasive species, etc. Clear color photographs, most of which are close-ups, accompany the texts on about every other page. Each title also includes a world map shaded to indicate the animals’ native range and the invaded areas. These titles provide report writers with in-depth and up-to-date information on these invaders and the serious problems they cause.