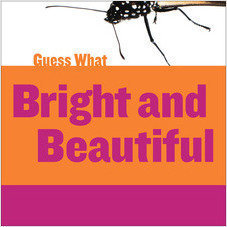 This series takes a follow-the-clues approach to help early readers learn to use species traits in order to confidently identify animals. The traits or “clues” start off vague (“I have more eyes than you”) and increasingly become more species specific (“I use silk to line my nest”). Each clue is paired with a photo that specifically corresponds to it (for instance, a close-up of a tarantula creating a nest). The final reveal comes at the end of each book, along with an “About” section that further defines some of the hints, occasionally using scientific terminology such as species, migrate, and nymph. VERDICT This series is sure to keep the interest of children.