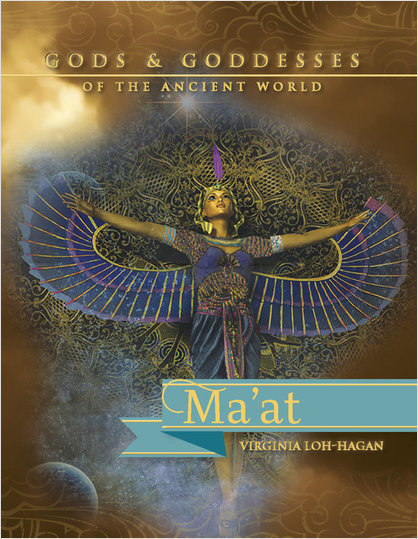 From the Set Gods and Goddesses of the Ancient World

Ma'at in the Gods and Goddesses of the Ancient World series explores the fascinating drama, love stories, and destruction in the myths surrounding the ancient Egyptian goddess of truth and justice. Book includes history, myths, and a family tree. Written with a high interest level to appeal to a more mature audience and a lower level of complexity with clear visuals to help struggling readers along. Considerate text includes tons of fascinating information and wild facts that will hold the readers' interest, allowing for successful mastery and comprehension. A table of contents, glossary with simplified pronunciations, and index all enhance comprehension.

The latest set of books to join the Gods & Goddesses of the Ancient World series is devoted to ancient Egyptian deities. Over the course of five brief chapters, each book describes the featured god or goddess, the way (or ways) he or she was depicted, where the deity is positioned within the greater pantheon, and what aspects of life ancient Egyptians believed the god or goddess controlled. In Hapi, Loh-Hagan introduces this god of the Nile and his tie to the annual inundation. The goddess of truth and justice spreads her wings in Ma’at, wherein readers glimpse her role judging souls in the afterlife. Sobek takes on the crocodile god, who was by some accounts also a creator god, closely connected with Hapi and Ra, the sun god. Thoth reveals the varied roles of this god of knowledge and the moon, who is depicted as an ibis or baboon. Unfortunately, the overly simplified sentences and largely incidental illustrations (which lack captions) muddy the clarity of information within the books. Each title is, however, usefully equipped with text boxes that offer cross-cultural or scientific connections and a page of fast facts. The high-interest subject and pick-me-up appeal of the books will certainly attract readers but have more in-depth resources on hand for the inevitable questions these series installments will spark. 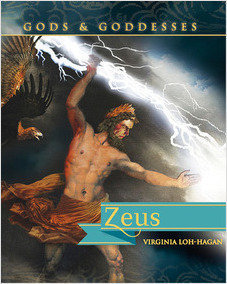 Gods and Goddesses of the Ancient World