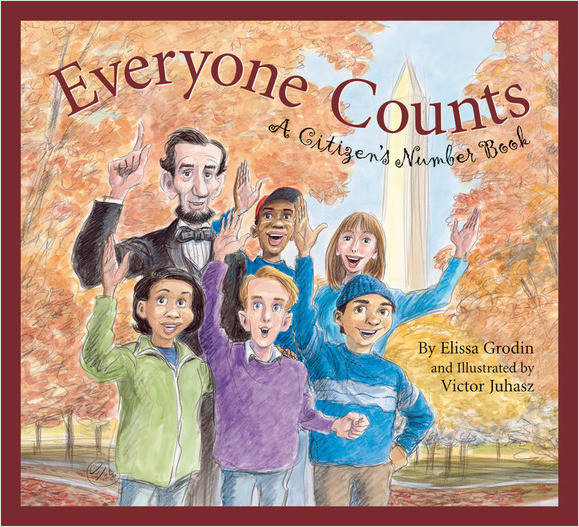 Fresh from their successful book D is for Democracy: A Citizen's Alphabet, Elissa Grodin and Victor Juhasz team up again to spread the word that understanding civics is not only fundamental, but also just plain fun! Using numbers as its backdrop, Everyone Counts: A Citizen's Number Book gives an entertaining, educational tour through America's system of government. Quick! How many justices sit on the Supreme Court? Or, how many branches of government make up our particular democracy? Starting with the Constitution (Number 1, of course!), to amendments passed thus far (27), to the number of senators in the Senate (100), Everyone Counts explains the processes, people and history of our government.