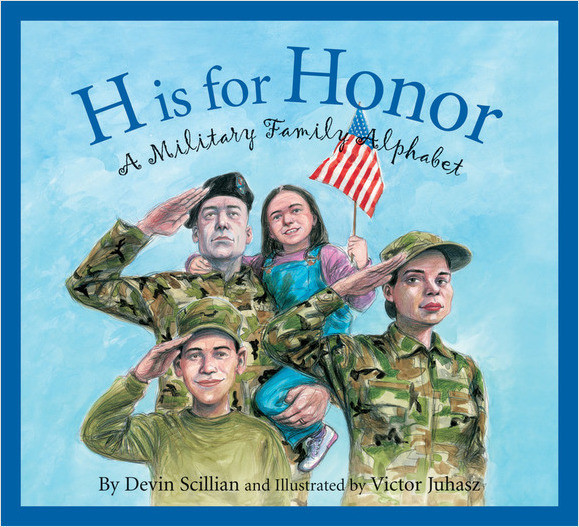 H Is for Honor

Written by the son of a career officer, this book explores the branches of the Armed Services and speaks from the heart about the honor, privileges and sacrifices of military families everywhere. Children will discover why drill sergeants have to be so tough, what it means to be patriotic and why we need Special Forces such as the Navy SEALS, the Green Berets and the Army Rangers. H is for Honor also explains why the annual Army/Navy football game is more than just a game, how much letters from home mean to soldiers, how often military families have to move and what life on base is like. With an underlying message of courage and commitment that every child can relate to, the book will be especially meaningful to those whose parents, siblings or other relatives serve in the Armed Forces.

H is for Honor: A Military Family Alphabet - Teaching Guide